My what a big screen you have.

Similar to its FCA sibling the Jeep Wrangler, the new and improved Ram 1500 will make its debut in just a few months. So far we’ve seen teasers and plenty of spy photos surrounding the upcoming new pickup – including a set showing the exterior almost completely exposed – but now we have our first real look at the cabin.

Our spy photographers caught up with a prototype of the new pickup testing on public roads. Thanks to a quick trigger finger, they were able to capture the interior of the new 1500 almost in its entirety. The most notable changes come by way of the massive central infotainment screen, which controls everything from the audio system to climate control. 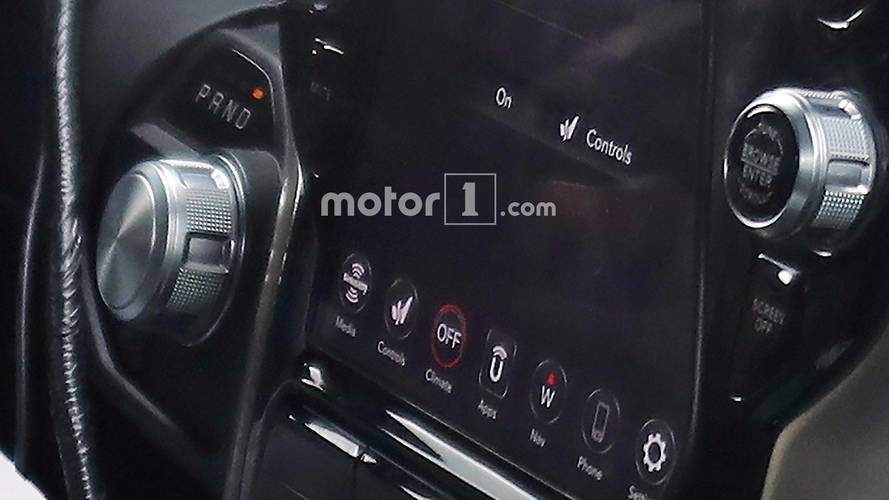 The new Ram will adopt FCA’s latest technologies in an effort to keep up with more modern trucks like the Ford F-150. The new Uconnect 4.0 system – pictured here – does away with most physical buttons in place of a full touchscreen control deck. The only remaining dials are for the radio volume and tuning. Other features like self-park assist, lane-keep assist, and a built-in trailer brake will also be available, as well as a remote air suspension option.

As far as horsepower is concerned, expect both V6 and V8 engine options will carry over, with the potential for a turbocharged four-cylinder hybrid engine to join the range. It’s still unclear whether the EcoDiesel V6 will be offered, but we don't expect the option to be immediately available pending FCA's potential diesel cheating scandal.

The new Ram 1500 will be shown early in 2018 at the Detroit Auto Show before going on sale later in the year. The new 1500, alongside the new Jeep Wrangler, will be built at FCA’s Toledo, Ohio, manufacturing facility beginning in 2018.