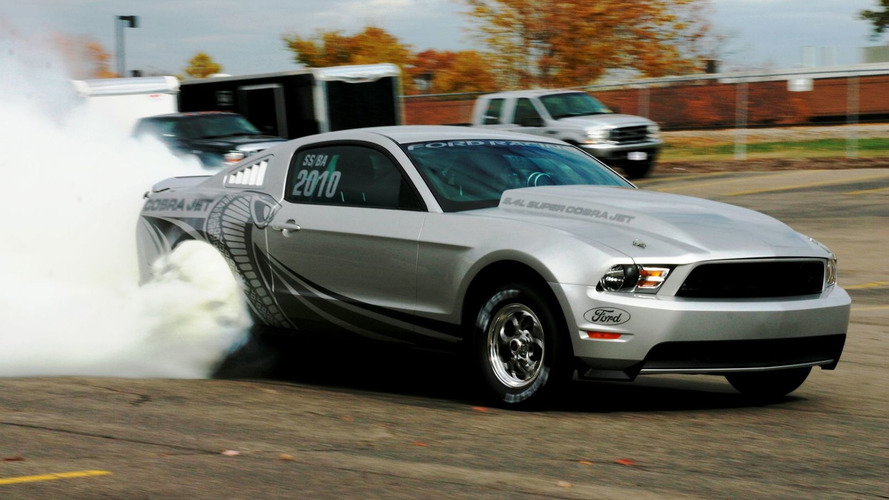 Designed to be the ultimate turnkey racer, the Cobra Jet is built for NHRA Stock and Super Stock racing.

Ford has unveiled the 2010 Cobra Jet Mustang at the SEMA Motor Show in Las Vegas.

Designed to be the ultimate turnkey racer, the Cobra Jet is built for NHRA Stock and Super Stock racing. Compared to the 2008 Cobra Jet, the 2010 model features numerous improvements including "a full race-prepared automatic or manual transmission, drag race-specific shocks and springs, manual steering and brakes, 8.50 certified rollcage, and an Aeromitive return-style fuel system with trunk-mounted fuel cell." Ford has also created a factory launch control/rev limiter, which allows drivers to preset the rpm they desire.

According to Ford's North American director of Motorsports, Brian Wolfe, "The 2008 Cobra Jet was a great car, it did everything we wanted it to do. With the 2010 Cobra Jet, we had the luxury of a longer development cycle and the result is absolutely stunning. Where the 2008 Cobra Jet was an extremely potent starting point for NHRA Stock competition, the 2010 will enhance the car further. We are all excited to see the new Cobra Jet in competition."

Only 50 Cobra Jets will be built and they have all been sold. If you weren't lucky enough to get your hands on one, "Ford Racing has set a goal to provide future versions of the Cobra Jet."