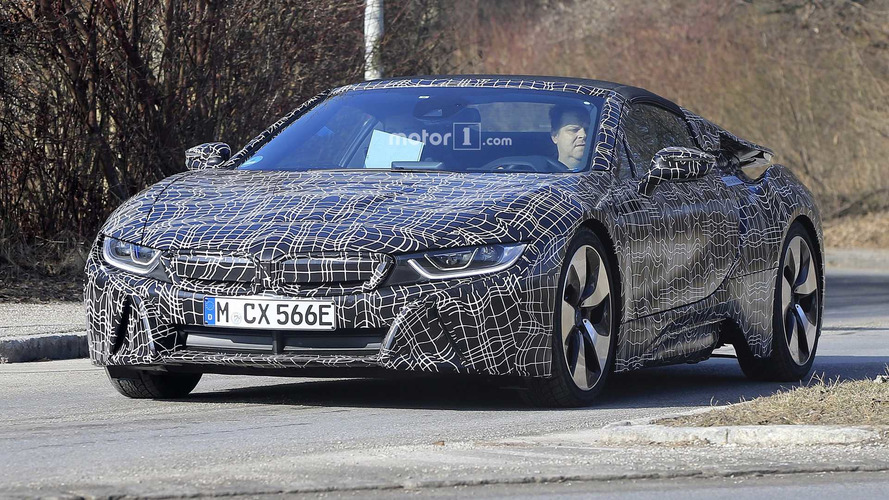 More power and more range are reportedly in the works.

The BMW i8 is coupe already three years old, believe it or not, but as of yet the German marque hasn't offered an option with a removable top. Thankfully, at the upcoming L.A. Auto Show, the German marque will reportedly be showing off the long-awaited BMW i8 Roadster.

According to a new report from BMWBlog, the i8 Roadster will take center stage at the BMW stand in Los Angeles. The Roadster will be introduced with a new color, Electric Copper, and will feature a new "square" designed lightweight wheel option. The electric soft top will reportedly be able to be opened in 14 seconds at speeds of up to 37 miles per hour (60 kilometers per hour).

It will be more powerful, too. Reports have suggested that the same 1.5-liter three-cylinder gas engine found on the coupe will carry over, but the Roadster could produce upwards of 400 horsepower (298 kilowatts). The current i8 produces just 357 hp (266 kW) and 221 pound-feet (300 Newton-meters) of torque.

Along with more horsepower, the BMW i8 Roadster will also reportedly get double the battery power. The current 7.1 kilowatt-hour battery pack is rated at just 14.2 miles (EPA) of range, but BMW could double that number, bringing the battery pack size to around 14 kWh. The i3 is expected to get a similar update in the near future, improving from 22 kWh to 43.2 kWh.

A revised chassis will also be part of the carry over, as will a number of larger updates to the infotainment system. A new generation of iDrive and an updated gear indicator will make their debut. The new BMW i8 Roadster will make its debut at the L.A. Auto Show, and is expected to go on sale early in 2018.