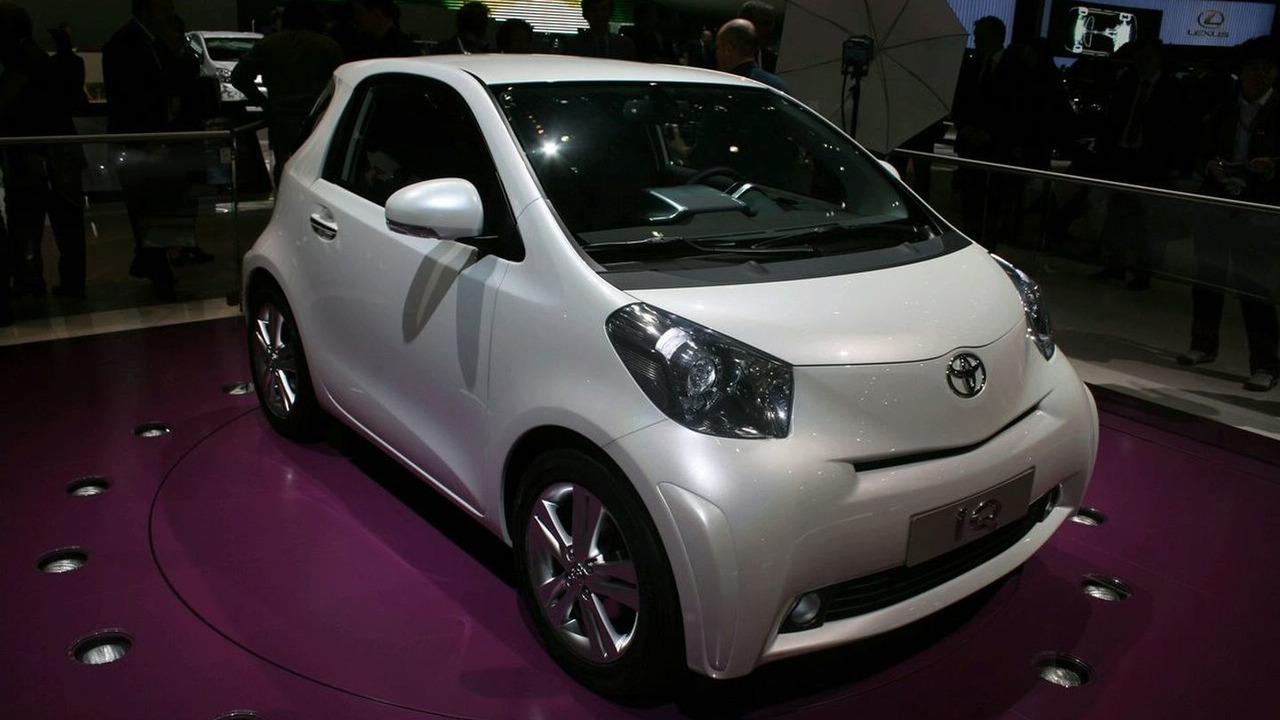 The Toyota iQ has made its world debut in production form at this week's Geneva Motor Show. Expressing the values of intelligence, innovation and individuality, the iQ is designed to quash the perception that 'small is basic'.

The Toyota iQ, an incarnation of lateral thinking, has made its world debut in production form at this week's Geneva Motor Show. Expressing the values of intelligence, innovation and not least of individuality, the iQ is born of a brief designed to quash the perception that 'small is basic', delivering a flexible and sophisticated interior space to the city car market, not sacrificing on urban mobility and environmental credentials.

'Quality' ingrained in its designation, the iQ is a 'J-Factor' product, a term used by Toyota to describe products designed with Japanese flair and uniqueness for international markets. Styled to signify dynamism and robustness, crease lines are prominent and features pronounced. The wheels placed in each corner, the iQ has a 'super stance', reinforced by its 16-inch alloy wheels and tough bumpers.

Small dimensions bear haven to the spacial refinement consumers want, the intelligent packaging the result of a re-think of the positioning, not just the size, of a number of components. In part thanks to the iQ's two-metre wheelbase, a clever interior space has been thought up, dubbed 'techno-organic'. Exemplified in the flowing central console, the concept is the fusion of 'geometric precision' with 'inner beauty'. Slim seatbacks contribute to the feeling of space, while flexibility is provided by way of cubby holes, under-seat storage and 50:50 split rear seats. A 3+1 seating arrangement suitable for three adults and a child or their luggage adds to the car's uniqueness.

Designed to meet voluntary Japanese manufacturer emissions standards of 140g/km of CO2 by 2009, the iQ is anticipated to weigh in at only 100g/km, combined with as yet unannounced high fuel efficiency figures. The iQ will start production late this year, hitting UK showrooms in 2009, and expected to shift 100,000 units worldwide in its first year.