Honda To Sell Civic Type R Crate Engine, But Most Can’t Buy It 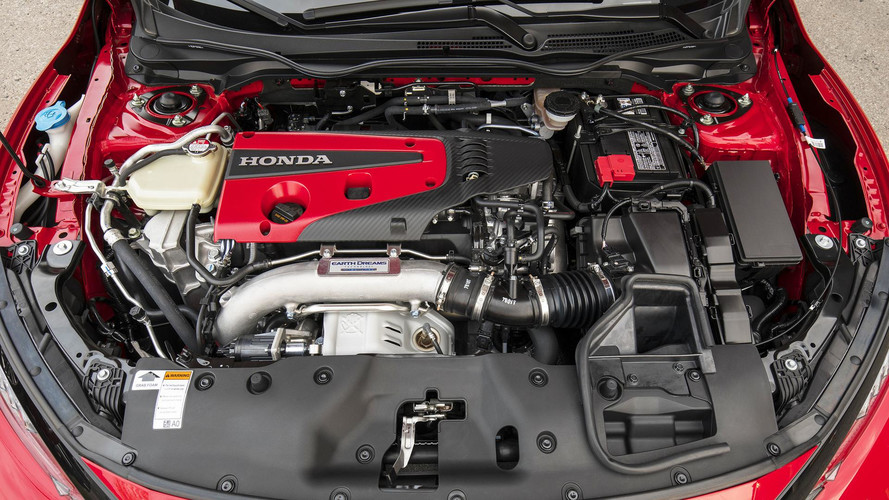 Honda is rolling into SEMA with all kinds of neat performance items, not the least of which is rather big news for Civic fans. The automaker will offer the Civic Type R’s 306-horsepower, K20C1 turbocharged four-cylinder as a crate engine, complete with intercooler. Better news is that pricing for the mill is $6,519.87 – a curiously specific figure to be sure, but one that we suspect could be within reach for mere mortals, eager for a proper Type-R swap on that Civic project in the garage.

Don’t get your hopes up though, because there’s a major catch. Honda will only sell the crate engine to members of its Honda Racing Line program. To become a member, one must also belong to a professional racing organization, and have available official race results from the last two races in which you competed. In other words, to build your Honda race car, you must already have a Honda race car. As for those who just want a cool Civic for the street, you’re out of luck pal.

Of course, you could always go buy a brand new Civic Type R, which is completely road legal and emissions compliant in all 50 states with the exact same engine. That would set you back a bit more than $6,519.87, however, which we suspect is Honda’s true motivation behind this very strange decision to not offer the crate engine to everyone.

For Honda fans not as interested in all things Type R, the automaker will also showcase a range of race cars and motorcycles at SEMA. Among them are Civics from the Red Bull Global Rallycross and Pirelli World Challenge Series, a pair of recently unveiled Formula 3 cars for the F3 Americas Series, as well as the company’s 2017 Baja Ridgeline Concept Truck. Something Honda enthusiasts can buy is the HFP Series Kit, which includes a body kit with suspension, wheel, and accessory upgrades for Civic models. A Red Carbon Kit is also now available for the Civic Type R, which as the name suggests adds a range of red-trimmed accessories for the Type R.

Both kits, cars, and a range of products from Honda Powersports will be on display during the 2017 SEMA Show, running October 31 – November 3.

Honda announced today at the Specialty Equipment Market Association (SEMA) show that the Civic Type R's 2.0-liter VTEC Turbo engine – the motor that makes Type R the fastest front-wheel-drive production automobile in the world and the most powerful Honda ever sold in America – is now available as a crate engine for purchase through Honda Performance Development's (HPD) Honda Racing Line program.

Civic Type R Crate Motor
For years, Honda racing enthusiasts in the U.S. watched with envy, as Europe- and Asia-based amateur racers were able to load their cars with Civic Type R crate engines.  The wait is over. The 306-horsepower (SAE net) K20C1 engine that powers the new Civic Type R will now be available to U.S. grassroots and professional racers for verified, closed-course racing applications through the HPD Honda Racing Line program.

As the most powerful Honda automobile production engine made in America, the Civic Type R's 2.0-liter DOHC direct-injected i-VTEC Turbo® powerplant produces 306 horsepower at 6,500 rpm and a peak 295 lb-ft of torque from 2,500 to 4,500 rpm. The engine and the Civic Type R are a direct manifestation of Honda's racing spirit, experience and heritage. More so, the sale of the Civic Type R crate engine builds upon Honda's long-term commitment to the support of grassroots racing.

The Honda Racing Line program, which has offered racing performance parts to Honda racers for many years, will sell the K20C1 turbocharged crate engine to racing enthusiasts in the U.S. for $6,519.87, excluding shipping cost.  For more information on how to apply, please visit: hpd.honda.com/racing-line.

In partnership with Red Bull and OMSE Racing, the Red Bull GRC Civic Coupe is capable of producing more than 600 horsepower, accelerating to 60 MPH in less than two seconds and taking jumps of up to 70 feet. Inspired by the chassis of the sporty, 10th generation Honda Civic Si, the vehicle meets the high-performance needs and dynamic demands of racing in the Red Bull Global Rallycross Championship.

F3 Americas Series
Debuting just two weeks ago at the Circuit of the Americas in Austin, Texas is the new F3 race car, which is powered by a 240-270-horsepower (pending SCCA sporting regulations) HPD version of the new Civic Type R turbocharged K20C1 motor (a non-turbocharged version is used in the F4 U.S. Championship), and features an all-new, state-of-the-art, U.S.-designed-and-built Ligier Crawford chassis.

With the phenomenal growth of the Formula 4 United States Championship Powered by Honda, F4 series competitors looked forward to Honda support of the next level of open-wheel competition that would provide affordability, modern technology, and the ability to obtain FIA Super License points. The F3 Americas series aligns with the global FIA development ladder philosophy of using common components to provide a cost-efficient, reliable, and powerful racing structure, as drivers ascend through the levels on their way to U.S. or global racing success.
For more information go to F3Americas.com

Baja 1000 50th Anniversary Honda Ridgeline Off-Road Race Truck
The 2017 Baja Ridgeline Concept Truck, which is powered by an HPD HR35TT 3.5 V6 engine, makes a pit stop at SEMA before heading off in pursuit of its third consecutive Baja 1000 Class win since debuting in 2015. To help commemorate the race's 50th anniversary, the Baja Ridgeline Concept truck will have a special red metal flake livery, and 11-time Baja 1000 Honda motorcycle racer, Johnny Campbell, will take the wheel for the anchor leg of the race.

Led by drivers Jeff Proctor, Johnny Campbell and Eric Hardin and navigated by Evan Weller, Jamie Campbell and Jared Hardin, the team has secured three podium finishes this season, taking third places at the Baja 500, Best in the Desert, and Vegas to Reno races.

Civic Si with 2.0T Conversion
Not only will racing enthusiasts be able to purchase the Civic Type R crate engine, SEMA attendees will also get to see a converted Civic Si in-person, as an SCCA STU-class race car. Built and raced by Honda engineer Kevin Boehm, the Civic Si will make an appearance in the Honda exhibit. Powered by the K20C1 turbo engine, the vehicle is built on HPD's 2017 Civic Si Body-In-White and features a multitude of HPD race performance parts, aftermarket and Honda Genuine Parts.

250cc 4-Stroke Concept Shifter Kart
Kart fans will rejoice, as Honda will be showcasing the next generation of its racing kart concept, based on the latest Honda CRF250R engine. The vehicle features an electric start 4-stroke powerplant that provides simplified engine tuning for various conditions and enhanced durability with lower lifecycle maintenance than current two-stroke engines.

THR-W Road Racing Endurance Type R
Making its SEMA debut is the 2018 Civic Type R, which will take on the challenge of racing against the world's fastest front-wheel-drive vehicles in stock form. The 2018 Civic Type R will be campaigned by Team Honda Research West, the west coast arm of Honda's grassroots road racing team, which was founded in 1996 as a club team by Honda associates and is meant to embody the Honda Racing Spirit, while advancing associates' technical skills and knowledge.

The vehicle's first test will be in December, when two Civic Type Rs will campaign at the 2017 National Auto Sport Association's "25 Hours of Thunderhill." The December race will be preceded by THR-W's entry of two stock Civic Si Coupes in the 2017 FIA 24-Hour series finale at the Circuit of The Americas in Austin, Texas, in November.

Visitors to the Honda exhibit will also get to see the all-new 2018 HFP Series kit, which is available for purchase on the Honda Civic Si Sedan, Si Coupe and Hatchback, as well as the Honda Fit. The sleek, street-performance HFP kit provides a fun-to-drive experience that anyone can enjoy in daily driving.

Both the Type R Red Carbon kit and the 2018 HFP Series for Civic and Fit will be available at Honda dealerships nationwide starting on Nov. 20.