Audi Q8 Spied Testing At Full Throttle On The Nurburgring

How many will be taking the Q8 to the Green Hell? Close to zero, but the Nordschleife is very important during the prototype testing phase.

SUVs have taken the automotive world by storm in recent years and the assault is far from being over taking into account more models are currently in the works. One of the driving forces behind the proliferation of SUVs is Audi and it will launch no less than four high-riding models until the end of the decade: Q8 and the electric E-Tron next year followed in 2019 by the Q4 and the E-Tron Sportback. 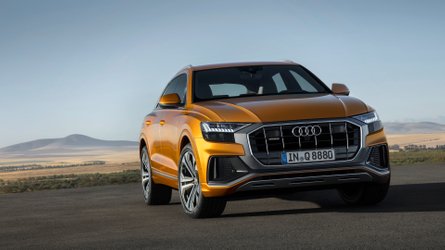 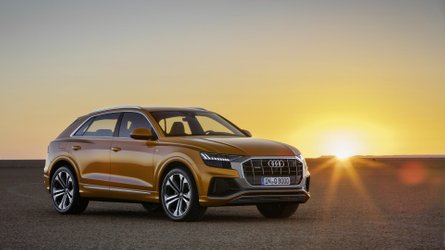 A new spy video shot at the Nürburgring track in Germany is showing what will act as the company’s flagship SUV, the first-ever Q8. A more athletic version of the Q7, the bold luxobarge is currently in the prototype testing phase carrying the full production body. We don’t need a crystal ball to get a pretty accurate idea of what to expect from the production model since it has already been teased a couple of times through concepts (Q8 and Q8 Sport) and we’ve also seen it on the inside where it will get an A8-like dashboard design.

Speaking of the A8, the fullsize luxury sedan will probably lend its engines and that means the Q8 will be available with a variety of six- and eight-cylinder gasoline and diesel units. While the A8 is going to receive a W12 in 2018, it’s not known at this point whether the large-and-in-charge Q8 will get the biturbo 6.0-liter unit as well. If not, the Bentley Bentayga will remain the only production SUV in the world to feature a W12, though it won’t be the only 12-cylinder SUV out there as Rolls-Royce is prepping a V12-powered Cullinan.

With Audi Sport announcing to focus on SUVs for the expansion of its RS portfolio, it likely means there’s going to be an RS Q8 around the end of the decade as hinted by the aforementioned Q8 Sport concept pictured above. If approved, it will be significantly more expensive than the standard version, which is expected to top out at a little over $100,000.

Meanwhile, rivals at BMW and Mercedes are also working on new SUVs slated to be positioned at the top of the food chain. An X7 will be out next year and there are reports the next-generation GLS will spawn a Maybach derivative and that could come with an extended wheelbase.

Note: Attached below are images of a different prototype.