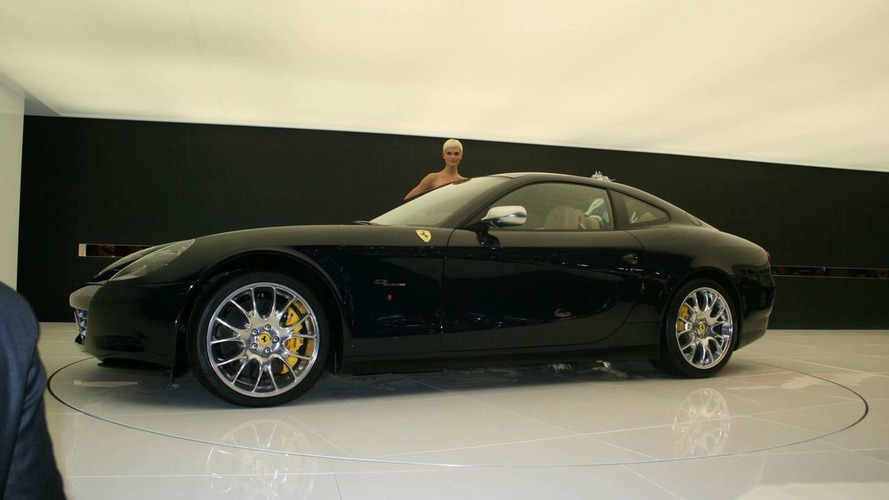 Stunning Ferrari stand at Geneva showcases both new and old Ferraris. 40 years separates these Ferrari's but their silhouettes are similar

Ferrari has had a relatively low key event at Geneva this year but they do have beautiful stand at this years show. They have their full range of GT’s on display and also one of their all time classics, the 365 GTB4 Daytona as it is this models 40th birthday in 2008.

The main news from the Ferrari stand this year is their new One-to-One Personalisation Programme. This program aims to enable Ferrari owners to fully personalise their new purchase with a large range of new content and options. Ferrari are using the 612 Scaglietti to commence this new initiative hence the reason for the many shots of this beautiful coupe. Ferrari have set aside a special area in the factory so customers can be involved directly in the personalisation stage, and work with Ferrari on site to ensure their 612 is just as they want it before it leaves the Maranello gates.

The Black 612 Scaglietti in the images has been through the One-to-One Personalisation Programme in honour of the 365 GTB4 Daytona. The 612 even has period perforated leather seats just as the Daytona had back in 1967. This 612 also boasts Ferrari’s new electrochromic panoramic roof which covers the whole roof. Glass roofs are becoming increasingly popular with auto manufacturers but the 612’s roof can be adjusted to allow differing levels of light into the cabin via the touch of a button. Mechanical changes are limited to the SuperFast gearbox which allows changes to be executed in just 100 milliseconds.

Other models at the show are the F430 Spider and the 599 GTB Fiorano but the stand out is the F2007 Ferrari Formula One car which won the Formula 1 Drivers' and Constructors' titles last year.