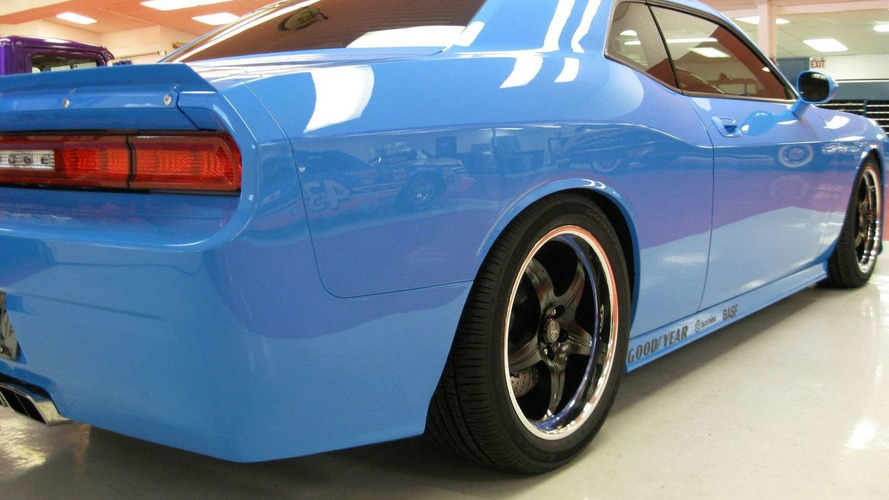 Introducing the Petty's Garage '09 Dodge Challenger, a 585 horsepower road warrior fit for "The King." Details inside.

Recently-created Petty's Garage, formed by legendary NASCAR driver Richard "The King" Petty, has unveiled their first project car.  The customized 2009 Dodge Challenger will appear in person at the SEMA Show later this week.

The Petty Challenger, which was completely disassembled and put on a rotisserie to be painted the trademark Petty Blue, comes with a 585 horsepower, 426 HEMI built by Arrington Engines.  It includes Brembo Gran Turismo brakes, a suspension upgrade, and a Corsa exhaust with customized center tailpipe.  Changes to the body include a new front fascia, rocker panels, rear bumper and spoiler.  The seats and interior door panels are branded with the Petty's Garage name.

"This Challenger is special to me because I wanted to build something that I would drive on a daily basis," Petty said.  "I wanted the car to have a race car look, but be functional on the street and I think the guys really captured that."

Petty's Garage will sell the '09 Challenger in January at the Barrett-Jackson auction, with all proceeds going to the Petty Family Foundation, which helps "veterans, children with life threatening illness and our neighbors in need," according to Petty.