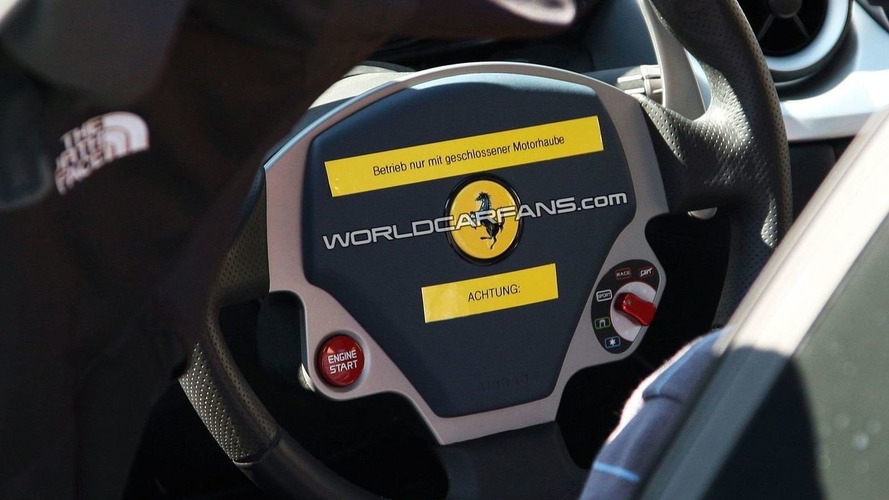 Mule for next 612 appears in very early process of testing - caught here doing some high altitude testing, likely somewhere in the European Alps.

More shots have emerged from our intrepid spy photographers of the Ferrari 612 test mule. This time, the mule for the future 612 Scaglietti is doing some cardio-training at high altitudes, likely somewhere in the European Alps.

Again, all we can do is speculate from what we see in the photos, and even that is tenuous since this is a mule and the different dimensions may mean nothing.

But this mule has a longer body than the current 612, perhaps in order to accommodate new technology to be added such as KERS - Kinetic Energy Recovery System.

Some cues may also be derived from the California model, such as having the tailpipes set vertically against each other instead of horizontally.

Maybe the 2+2 coupe, with a saucy V12 engine, will also be fitted with Ferrari's Insertable 4x4 technology - an all-wheel drive system which can be used in both front and mid-mounted engine vehicles.

Our spy photographer notes that the interior appears to be a mix of 599 and 612 cabin design, and one can make of that what one will.

And the sticker on the steering wheel reads (translated from German) - "start engine only with hood closed."

All this, very likely, simply indicates they haven't really gone very far with the design of this car.