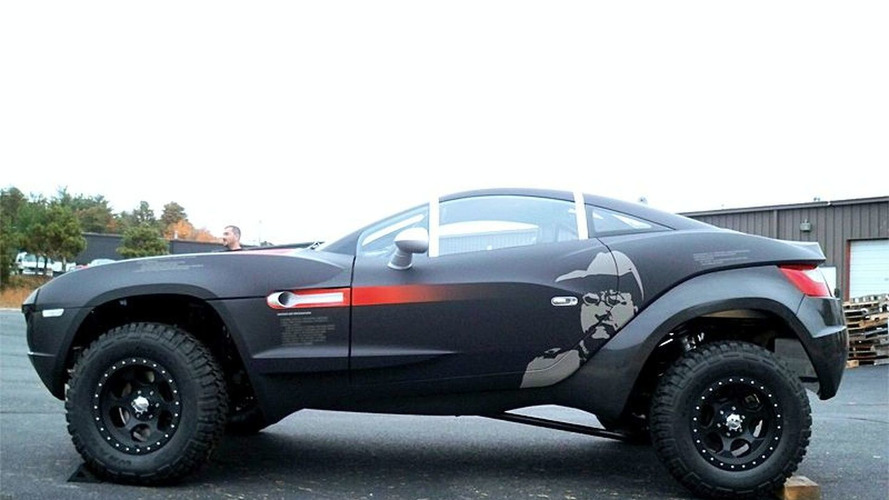 Described as "a premium, authentic off-of-road experience, custom designed and built for the deserts of the American Southwest", the Rally Fighter looks like an AMC Eagle on steroids.

Local Motors has announced plans to introduce their Rally Fighter at the SEMA Motor Show.

Described as "a premium, authentic off-of-road experience, custom designed and built for the deserts of the American Southwest", the Rally Fighter looks like an AMC Eagle on steroids.

Created and designed by a "community of car enthusiasts", the Rally Fighter draws much of it's inspiration from renderings by Sangho Kim of Pasadena, California. While Kim gets a majority of the credit, other community members helped to fine tune details such as the side vents and interior.

Power comes from a 3.0-liter BMW twin-turbo diesel engine that produces 265 horsepower and 425 pound-feet of torque. While no performance data was released, Local Motors says the rear-wheel drive coupe will get 36 mpg on the highway.

The rally car rides on a steel tubular space frame with "lightweight thermoplastic and carbon fiber body panels." This unique setup enables the Rally Fighter to weigh 3,200 pounds (1,451 kg), which contributes to the stellar fuel efficiency. Other technical specifications include a six-speed automatic transmission, a suspension with 18" of travel, and manually adjustable ride-height options which enable owners to easily configure their car for desert racing or city driving.

Production will occur at a variety of "regional micro-factories", which will double as service stations. The first factory will open in Wareham, Massachusetts while a second will be built in Phoenix, Arizona in 2010. Eventually, the company hopes to open 50 micro-factories across the United States.