Revised headlights are part of the updated front end for the little minivan.

BMW has new faces on the way for the 2 Series Active Tourer and Gran Tourer, and a new batch of spy photos provides a fresh look at the latter’s development. Expect them to arrive in European showrooms next year and for a possible debut at the Geneva Motor Show in March 2018. 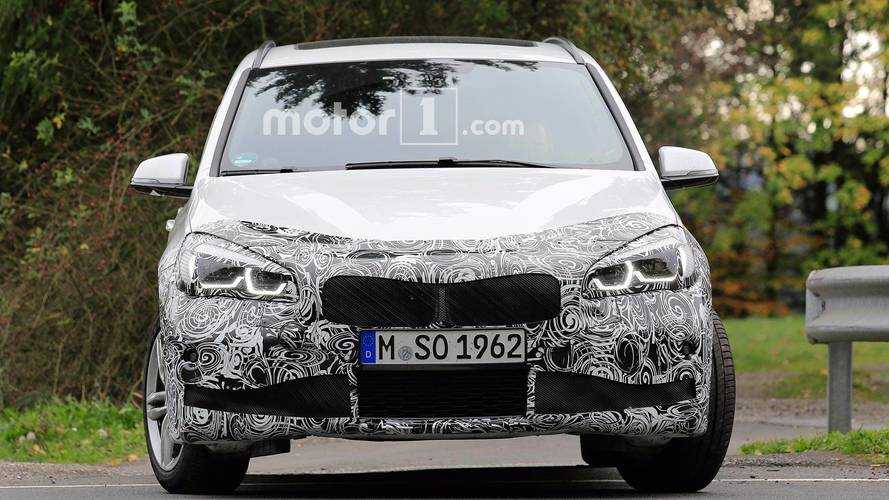 The biggest tweak for the 2 Series Gran Tourer’s updated front end is the revised headlights. They now feature hexagonal LED running lights rather than the current circular units. BMW keeps the rest of the face under heavy camouflage, but the placement of the concealment panels suggests an updated lower fascia.

At the back, BMW only fits a small strip of camouflage near the exhausts. The location indicates that the brand intends to revise the lower fascia in the rear bumper.

We haven’t seen interior photos of the refreshed Gran Tourer yet. However, BMW generally includes small changes like infotainment system revisions with its model updates. There might be new active safety tech, too.

Earlier spy shots show BMW testing a plug-in hybrid powertrain for the Active Tourer, and it would likely be available for the Gran Tourer, too. The model will probably carry the 225xe moniker. 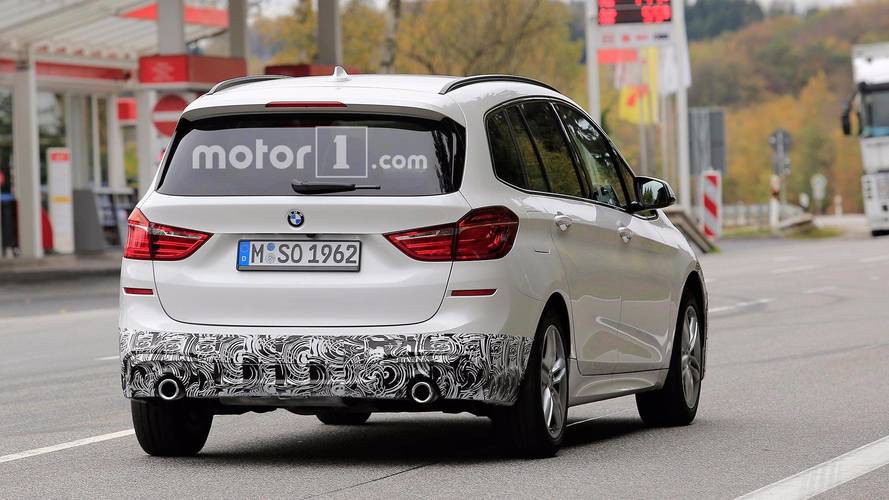 Buyers will still be able to choose from multiple tunes of a 1.5-liter three-cylinder and 2.0-liter four-cylinder in both gasoline- and diesel-fueled variants. BMW may make upgrades to boost their output slightly but don’t expect a major overhaul.

While the front-wheel-drive Active Tourer and larger Gran Tourer are the least exciting vehicles in BMW’s portfolio, they are reasonably popular, including over 100,000 combined sales in 2016.