Brace Yourselves, Ferrari FXX K Evo To Debut This Weekend 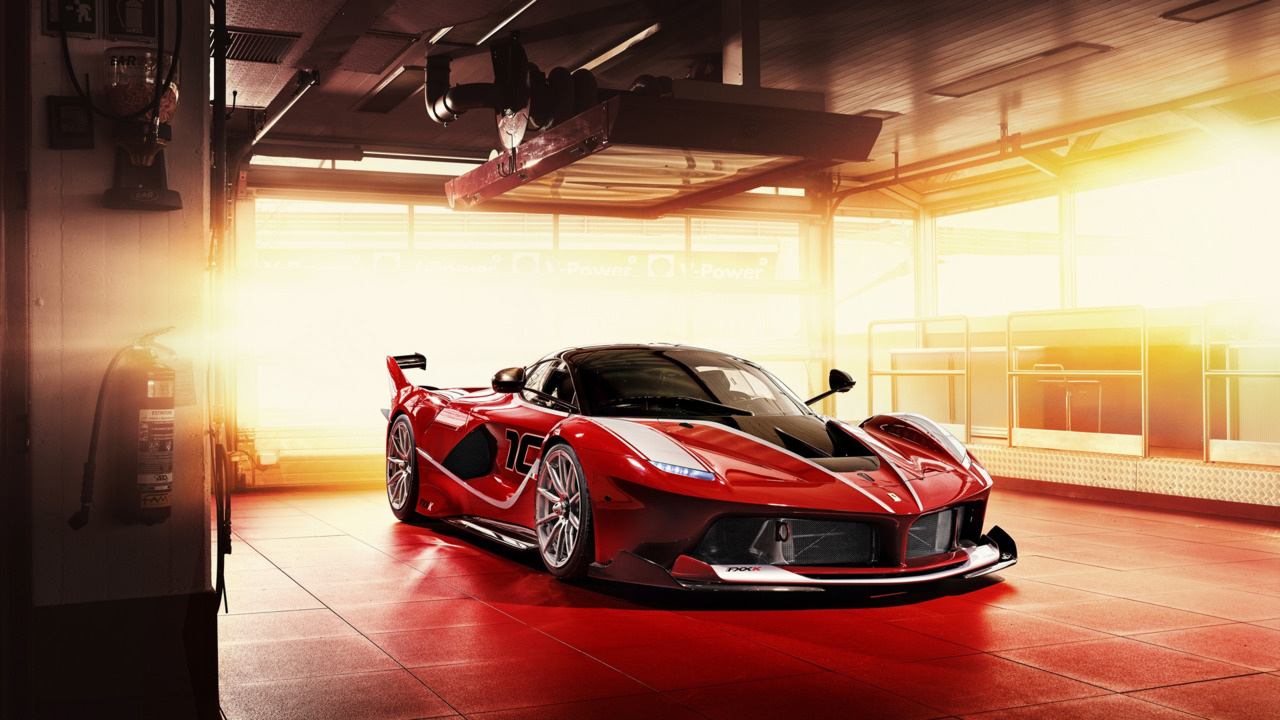 The track-only prancing horse with four-digit horsepower is about to become even more intense.

The FFX K, Ferrari’s multi-million-dollar track toy, is going to be blessed with the hardcore Evoluzione treatment in just a few days during the Finali Mondiali event where the “standard” race car made its debut three years ago. While its predecessor was unveiled in Abu Dhabi at the Yas Marina circuit, the Evo version will receive its world premiere in Italy at the Mugello Circuit owned by the prancing horse.

The third "XX" race car to spawn an Evo derivative after the Enzo-based FXX and the 599XX, the FXX K is already a hybrid monster in its regular guise as it provides a combined output of 1,050 horsepower and 664 pound-feet (900 Newton-meters) of torque. The mighty V12 engine delivers a maximum 860 hp at 9,200 rpm and works together with an electric motor good for 190 hp in a hypercar that weighs as little as 1,165 kilograms (2,568 pounds) before you start adding fluids and the driver.

The Evo pack will boost aero courtesy of a full-width rear wing and some tweaks to the front spoiler as well as the diffuser at the back where new vents are going to be added below the tiny taillights. Also expect to see a T-shaped element positioned below the Ferrari logo in the center of the rear to make the FXX K even sleeker. More power is likely on the agenda as well together with other upgrades.

Details about pricing are not available at this point, but it’s not that big of a deal considering the cars have probably been sold already. For what it’s worth, the regular FXX K – limited to only 40 examples - retailed for roughly $3 million, so don’t be too surprised if the Evo is/was even more expensive. After all, it will definitely be the wildest car ever to come from Maranello.

To ease the wait until this weekend, here's a spy video with a prototype stretching its legs at Monza.

A Prancing Horse themed weekend at Mugello with free entry

Scarperia – The Finali Mondiali 2017 go live on the Mugello track, with a memorable and exclusive weekend that only the Prancing Horse can provide, combining sport, passion, history and innovation.

The Challenge. The Ferrari owned circuit will welcome over a hundred cars, including the 488 Challenge, the new model introduced this season, and the 458 Challenge EVO. The last two races of the European, North American and Asia-Pacific championships will be held on Friday and Saturday with many titles still up for grabs. However, on Sunday the competitors of the various championships will compete for the Trofeo Pirelli, Coppa Shell and Trofeo Pirelli 458 world titles in three intercontinental races.

Packed paddock. The paddock at the Finali Mondiali will also offer a treasure trove of surprises for the fans expected to flock to the circuit from Friday to Sunday. In addition to the current Ferrari range, there will be Challenge cars from previous seasons and the LaFerrari Aperta, the iconic car of the Prancing Horse 70th anniversary. But above all there will be 70 racing cars from every era that have written memorable pages in the history of motorsport, from the 126 CK and 412 T4 of Gilles Villeneuve to the 458 Italia GTE that won the 24 Hours of Le Mans with Fisichella, Vilander, and Bruni.

Sunday. Sunday will be the main day of the event, when after the three Finali Mondiali Challenge races the Ferrari Show will offer a comprehensive overview of the competitive world of Maranello, with cars of every era on track. Fans will enjoy the Formula 1 single-seaters and an exhibition by GT drivers with the 488 GTE and GT3 cars, which are performing brilliantly in the WEC and in major GT championships.

FXX K EVO. The Mugello event will also offer the chance to discover a new Ferrari creation, the FXX K EVO, the evolved version of the 1050-plus horsepower hybrid vehicle that was presented at the 2014 Finali Mondiali in Abu Dhabi.