Remember back in May when we talked about NFL star Tom Brady getting together with Aston Martin to design his “ultimate” Vanquish? Between autograph sessions and pre-season training, the New England Patriot's star quarterback found time to get with the automaker to make that project happen. The result is the beauty you see here, officially called the Tom Brady Signature Edition Aston Martin Vanquish S Volante.

Unofficially, you could completely inflate a football to NFL regulations quicker than it takes to say that name out loud. And now that the requisite Deflategate reference is out of the way, let’s continue.

Bringing this special edition Aston Martin to life wasn’t the sole responsibility of Brady. He worked with Aston Martin’s ‘Q by Aston Martin’ team, which is a new service the automaker provides to really, really good customers that basically allows them to create bespoke editions of their favorite Astons. 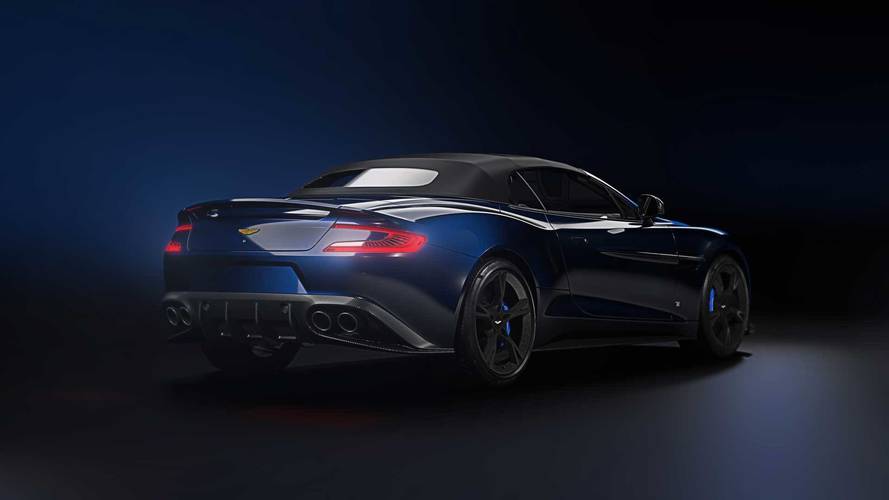 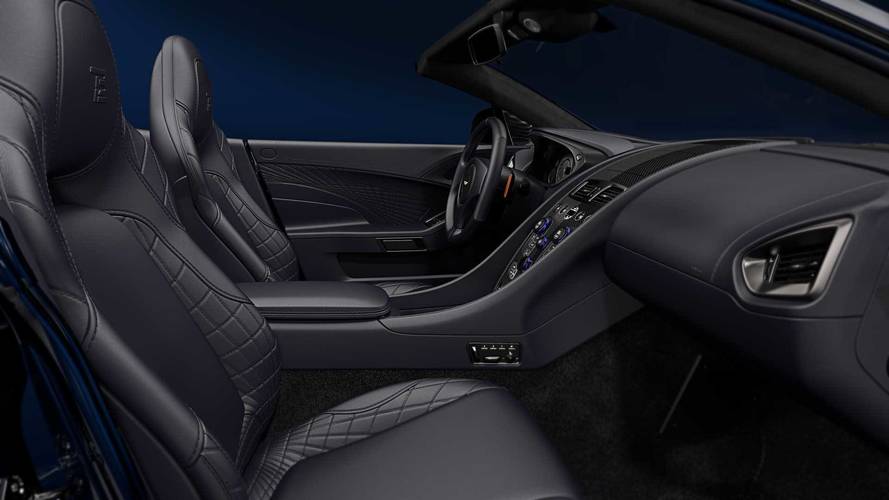 In this case, Brady’s choice was the Vanquish S Volante. Aside from bearing his initials, the car features an Ultramarine Black exterior – which is actually a delicious shade of blue – with an interior swathed in Dark Knight black leather. There are no mechanical upgrades, but the automaker does say Brady appreciates performance, which is why his Vanquish makes prolific use of carbon fiber and other "performance" materials. Brady also apparently like fine detail, which is why the steering wheel has California Poppy leather paddle shift tips and is color-keyed to the Aston Martin One-77.

So, how much does the Tom Brady Signature Edition Aston Martin Vanquish S Volante cost? If you have to ask, then you probably can’t buy one, but for the record it’s $360,000. Even if you’re rich enough to not even care about such things, you still probably can’t have one. That’s because only 12 will be made, each one a drop-top bearing the TB12 logo on the headrests and fenders.

Deliveries are expected to begin in the first quarter of next year.

4 Photos
By: Christopher Smith
++
Got a tip for us? Email: tips@motor1.com
Hide press releaseShow press release

Tom Brady said: “It was an easy decision to go with the Vanquish S for the special edition - it is an incredible car to drive and is truly a work of art. Going through the process of curating a unique Aston Martin has been fascinating. We started with a blank canvas and finished with this beautiful car. It’s been great to see it all come to fruition and I’m proud to share a name with it. I hope you enjoy it as much as I do!”

This particular Vanquish S has been created by Aston Martin’s ‘Q by Aston Martin – Commission’, a new service revealed at the 2017 Geneva Motor Show that invites customers to collaborate personally with Aston Martin’s design team to commission a truly bespoke sports car.

Brady worked closely on this project with Aston Martin Chief Creative Officer, Marek Reichman who said: “Q by Aston Martin – Commission’ is the ultimate in bespoke, in fact it can even go as far as creating an entirely new car. Tom chose the Vanquish S as he recognises natural athletic performance when he sees it. He has curated a beautiful, tailor-made car that will excite its owners for many years to come.”

The Tom Brady Signature Edition Vanquish S Volante shows off the rich darkness of the Ultramarine Black exterior, complemented by an interior of Dark Knight leather.  This ultra-limited run focuses on performance and this can be seen in the extensive use of carbon fiber and other performance materials. Tom has shown that he shares a passion with Aston Martin for meticulous attention to detail, choosing the California Poppy leather paddle shift tips on the One-77 colour-keyed steering wheel and each of the 12 cars is a convertible.

Each car bears Tom’s signature on the sill plates and features the ‘TB12’ logo on a fender badge, embossed on the headrests and as a pull tab in the rear of the car, highlighted again in California Poppy.

First examples of the Vanquish S Volante ‘Tom Brady Signature Edition’ are due for delivery in quarter one 2018.