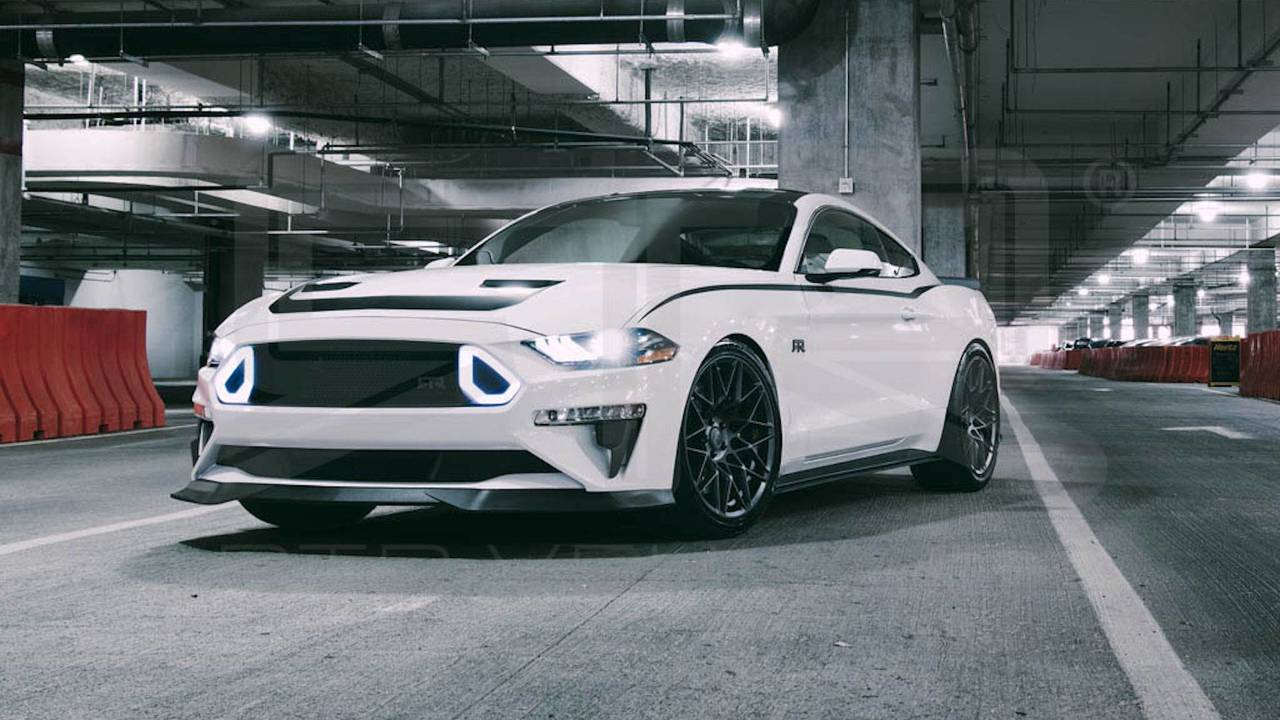 The new RTR will drift into SEMA on October 31.

Pro Formula Drift driver and all-around motorsports badass Vaughn Gittin Jr. is back with another installment in his high-powered Mustang series. As with any good ridiculously cool aftermarket build, the muscle car will make its debut at the SEMA show in Vegas – and like all other RTR Mustangs before it, it should come loaded with plenty of horsepower.

Nearly all of the same signature design elements from the previous model carry over. A more aggressive fascia is highlighted by triangular-shaped LED accenting lights in the grille, a mean new front splitter, and a more sculpted hood. New high-spoke wheels, black accent striping on the hood and side profile, and a subtle lip spoiler gives the Mustang a meaner look.

For now Gittin is keeping quiet on exactly what kind of performance this pony car will produce, but expect somewhere close to 700 horsepower (521 kilowatts) on tap when it debuts in just a few weeks, if not more. The most powerful version of the outgoing Spec 3 RTR Mustang, introduced at SEMA in 2015, put down a whopping 670 horsepower (499 kilowatts) courtesy of a supercharged 5.0-liter V8.

The updated Mustang RTR will carry over many of the same performance upgrades, including the supercharger kit for the 2.3-liter EcoBoost model, as well as features like adjustable dampers and sway bars, lowering springs, a cold air intake system, and a bespoke Magnaflow exhaust system.

Coinciding with its debut at SEMA, one lucky fan will be able to take home one of the first Mustang RTRs thanks to a giveaway from American Muscle. A drawing for the Mustang will take place on April 6, 2018, the giveaway notes an "approximate retail value" of $65,000. The Mustang RTR will be available at select Ford dealerships shortly thereafter, and will come in three different power levels: Spec 1, Spec 2, and Spec 3.