A 460-horsepower engine may be lurking under the hood.

The most potent BMW 3 Series you can currently buy is the M3 Competition package, which comes with a 444-horsepower (331-kilowatt) 3.0-liter six-cylinder engine, giving it the ability to sprint to 60 miles per hour (96 kilometers per hour) in just 4.0 seconds. But in 2018, BMW will offer an even more potent M3, in the same vein as the M4 CS.

It was first reported back in July that a more-powerful version of the M3 was coming – but now we have video confirmation to prove that the sports sedan is indeed in the works. New footage shows the updated M3 CS for the first time in motion. It's just the second time we've seen the prototype out testing.

The video shows a lightly camouflaged M3 with camo cladding on the hood, and front and rear spoilers. The rest of the body goes mostly unchanged – but it’s under the hood where the M3 CS will see most of the upgrades anyways. When produced, the 3.0-liter biturbo inline-six engine coupe produce as much as 460 hp (343 kW) and 442 pound-feet (600 Newton-meters) of torque.

The M3 CS, similar to its M4 CS sibling, will also undergo a significant weight loss transformation. Currently the sedan tips the scales at 3,540 pounds (1,605 kilograms), but with a new carbon fiber hod, a new carbon fiber front splitter, and a new rear diffuser, that curb weight should see a healthy decrease.

Along with the lightweight carbon fiber bits, the M3 CS will also gain a number of new vents in the fascia, as well as new wheels, tires, and brakes for added stopping power. With all these upgrades in tow, reports suggest that the M3 CS will be able to lap the Nürburgring in less than 7 minutes 40 seconds. That would put it in close competition with the current four-door Nürburgring record holder, the Alfa Romeo Giulia Quadrifoglo, which did it in just 7 minutes 32 seconds.

Expect to see the new M3 CS make its debut in the spring of 2018. The M3 CS will be the last variation for the current F80 generation before BMW replaces it with a new model entirely. 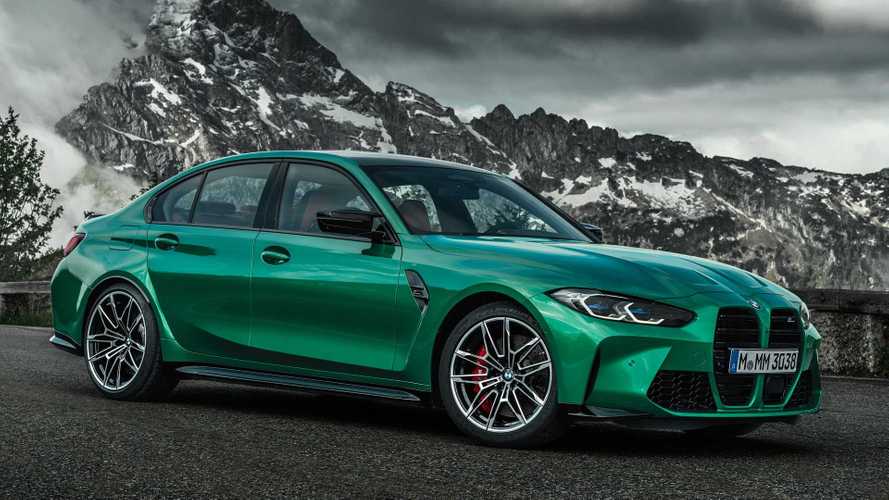