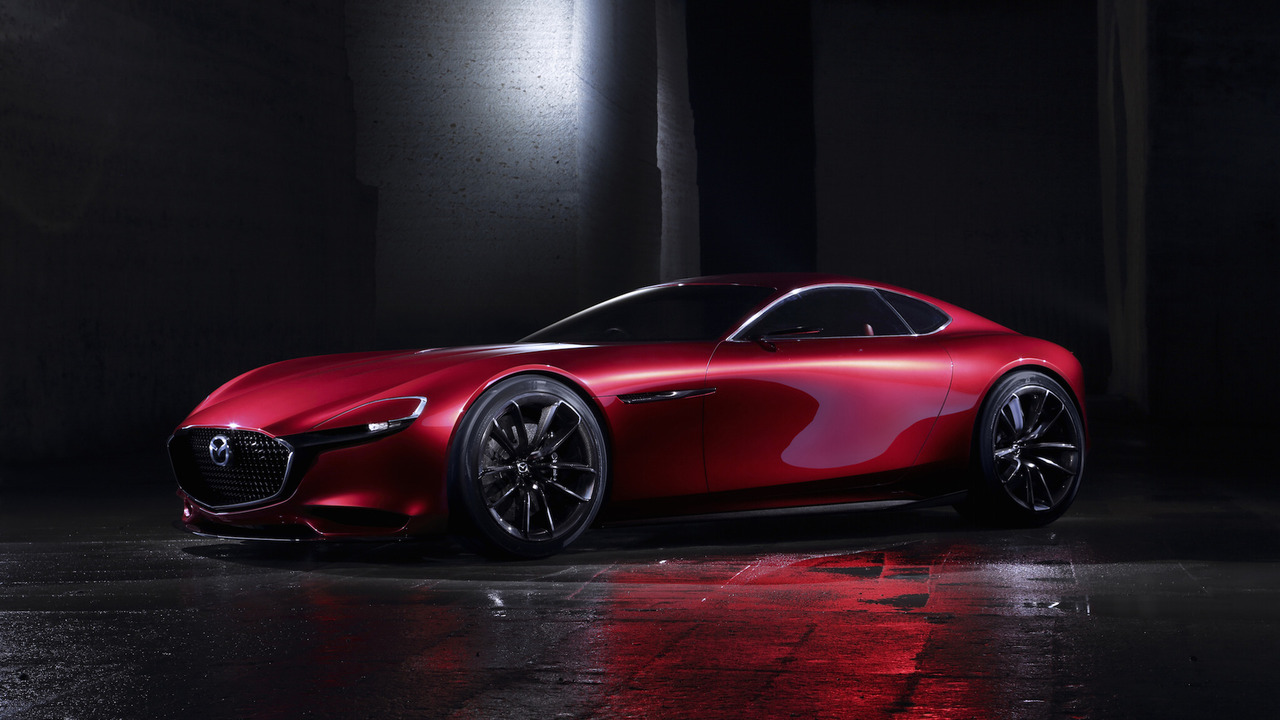 But a new RX-9 could still be in the works.

Ever since the arrival of the RX-Vision concept in 2015, rumors of a reborn Mazda sports car have been swirling. It was reported back in July that a production version of the Vision concept – dubbed the RX-9 – would make its debut at the Tokyo Auto Show, but instead the company debuted another handsome concept, the Vision Coupe.

While our dreams of a new Mazda sports car for 2017 have been dashed, new reports suggest that we'll have to wait even longer for a new RX-9. According to Wheelsmag.com.au, a new Mazda sports car may not happen before the end of the decade. The company reportedly hasn’t even started working on the design for the rotary-powered coupe, a process that could take up to three years.

The biggest hurdle Mazda still has to face is money. Though the company is profitable, Senior Managing Executive Officer and Head of R&D, Kiyoshi Fujiwara, said that "we do not have enough money" to invest in development and commercialization of a new sports car.

Instead the company will focus on using the rotary engine as a range extending device on the marque’s first electric vehicle, which is scheduled to hit the market as early as 2019. But don’t be discouraged just yet – Fujiwara said that a new rotary sports car is still on the product road map – just don't expect to see it before 2020.

"If we launch this kind of model later, we will have to add more technology to it, like autonomous driving, electrification," he said in the interview. If and when it does actually debut, rumor has it that the engine could make as much as 400 horsepower (298 kilowatts), and the coupe will tip the scales at just 2,866 pounds (1,300 kilograms).