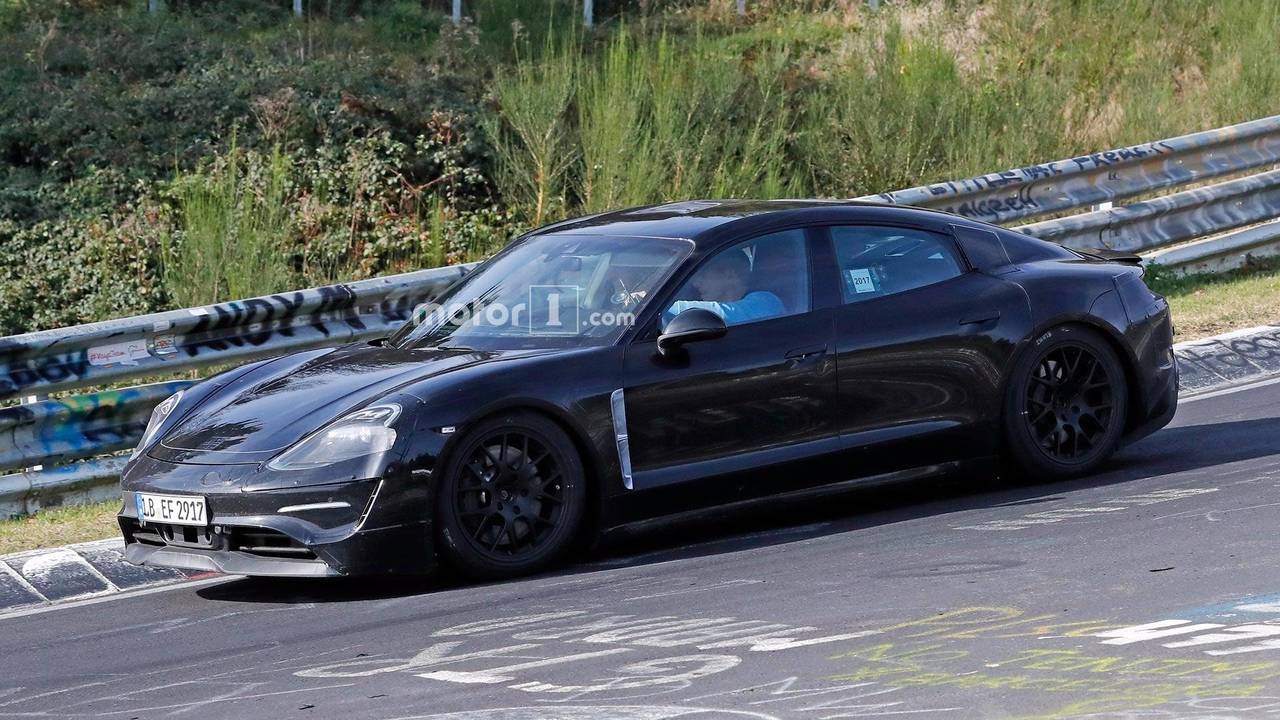 The Porsche Mission E is roughly two years from hitting the road, but the German automaker already has test mules of it lapping the Nürburgring. New spy photos provide a fresh view of the electric sedan’s development.

This test mule is in a more advanced state than the one in previous spy photos. The latest prototype has slightly less camouflage around the headlights and more exposed trim for the intake underneath them. This combination of elements gives the Mission E a sporty look. The front fascia features cutouts for various safety technology sensors, but the equipment isn’t actually in place yet.

In profile, this Mission E no longer has the hideous, white extensions around the fenders from earlier spy photos. The change makes this prototype look more appropriate for road use. There’s still a large concealment panel along back fenders that hides the shape of the pillar there, but the glass seems to extend nearly to the rear of the body.

Porsche keeps the rear well hidden by installing a variety of panels back there. They hide the taillights that extend across the entire width of the tail. The company also fits fake tailpipes for making unsuspecting onlookers believe this vehicle has a combustion engine.

Porsche execs confirm that the Mission E’s cost would start around $85,000, but there would be multiple outputs available from the electric powertrain. Expect the top trim to cost well over $100,000.

For its 2015 concept, the Mission E concept packed 590 horsepower (440 kilowatts) and was able to reach 60 miles per hour (96 kilometers per hour) in an estimated 3.5 seconds. Porsche figured the sedan would be able to go 310 miles (500 kilometers) in the often-optimistic NEDC range test.