Toyota Century To Be Sold Outside Japan? Perhaps; Probably Not 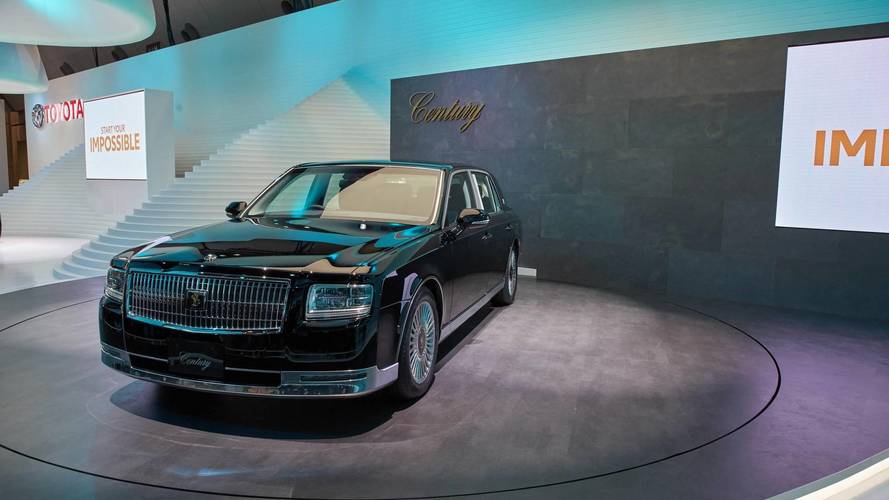 Don't get too excited just yet.

The design might be from the previous century, but that’s what makes the new Toyota Century very desirable as the retro vibe it’s sending allows the company’s flagship model to stand out from the current crop of fullsize luxury sedans. Unfortunately, the third generation is once again a Japan-only affair, though there is a glimmer of hope the new one will make it to some other markets.

Toyota Century GRMN Is Real And It's Spectacular
⠀

Top Gear UK magazine had a chat with Toyota at the ongoing 2017 Tokyo Motor Show and learned that the company is keen on the idea of selling the hand-built Century in additional countries, but only if it’s sure there is going to be enough demand for it. While that’s certainly good news, don’t get too excited just yet since the company expects to sell a mere 600 units at home in Japan per year, so these numbers would be significantly lower in other regions of the world where only a few people have heard of this car.

The consensus among people on the World Wide Web is the 2018 Century is a breath of fresh air in the segment, but how many would actually use their hard-earned money to buy one? In a segment dominated by the German trio (S-Class, 7 Series, A8) and the Lexus LS, we’re afraid Toyota’s luxobarge would struggle in Europe or the United States.

It may have seats covered entirely in wool and a desirable body with seven layers of paint reminding us of Toyotas from yesteryear, but we’re not so sure these features would be enough to lure in buyers that would otherwise go for one of the above-mentioned models. The previous Century – sold for about two decades – was even more special as it had a V12 engine whereas its replacement has downsized to a hybridized V8.

Hopefully, we will at least get the chance to check out the car in its full retro metal glory at big auto shows outside Japan to see what we can’t have.