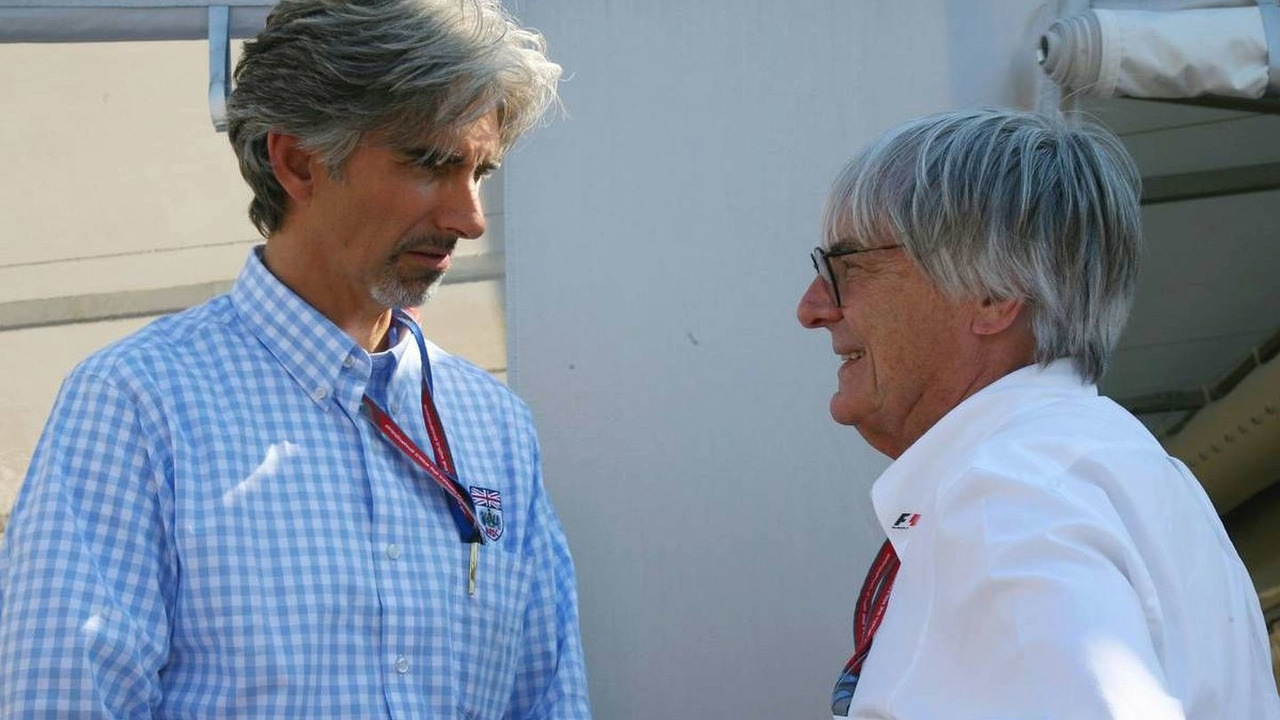 Damon Hill is set to arrive at the new Yas Marina Circuit on Saturday.

Damon Hill is set to arrive at the new Yas Marina Circuit on Saturday.

Usually, the appearance of a former world champion at a formula one venue would not be big news, but it is believed the Briton will be acting in his capacity as president of the British Racing Drivers' Club (BRDC).

The BRDC owns Silverstone, and its managing director Richard Phillips and other officials of the Northamptonshire track touched down in Abu Dhabi 24 hours earlier.

It is believed they have all gathered for crucial talks with Bernie Ecclestone about the 2010 British grand prix, with talks at a standstill after Donington's race deal also broke down.

Ecclestone set the mood for the talks on Friday, insisting that the only way Silverstone chiefs could break the impasse would be to "buy a pen" and sign the contract already in their possession.

"We've been negotiating for too long," the billionaire, who is suffering from gout in his foot and moving about the Yas paddock this weekend in a golf buggy, told the BBC.

"That deal is better than anybody else's, so if they don't like it, it's ok," added Ecclestone.