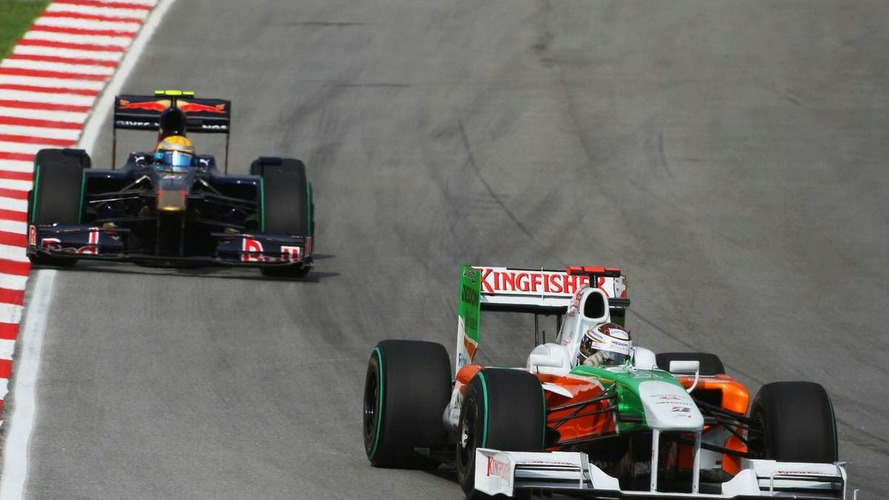 Two drivers thought secure with their current teams in formula one have revealed they are technically still on the market for 2010.

Two drivers thought secure with their current teams in formula one have revealed they are technically still on the market for 2010.

Adrian Sutil said in Abu Dhabi that he would be happy to stay at Force India for another season, but has been mentioned amid 'silly season' rumours about Renault, Toyota and even the plum second McLaren seat next to his former F3 teammate Lewis Hamilton.

"You may never know if good packages turn out for me then certainly I will look out for it.

"Options are wide open," the German, who carries the lucrative sponsorship of the German electronics brand Medion, said in an interview with Times of Oman.

Tellingly, Giancarlo Fisichella seems suddenly interested in re-joining the Silverstone based team in 2010 alongside his Ferrari reserve duties, answering reporters "why not?" when asked about the Force India link.

Swiss rookie Sebastien Buemi, meanwhile, has been the most impressive driver at Toro Rosso this year, but he clarified that he has not yet signed any documentation relevant to the 2010 season.

"My contract is not signed yet, as I have not received anything from the team as of yet. In general I am very positive about this, but I still have to wait," Buemi, who celebrates his 21st birthday on Saturday, told F1's official website.