Everything You Need To Know About The Apollo Intensa Emozione 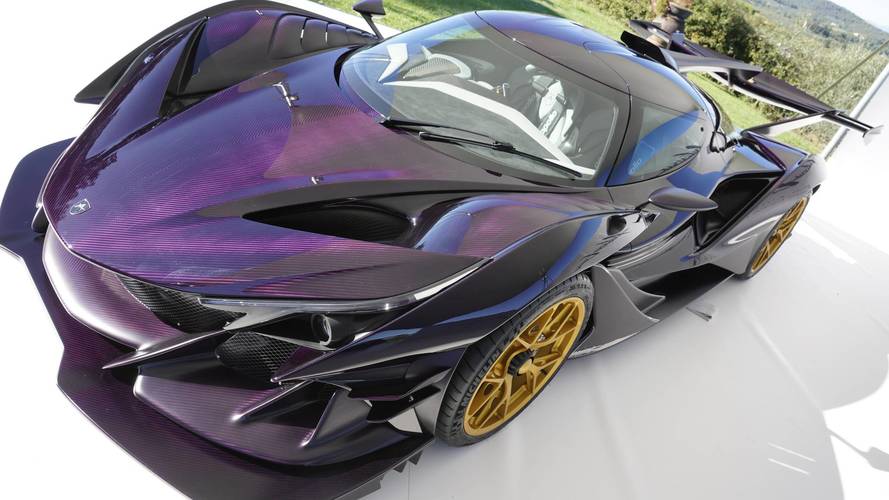 Intensely emotional? It certainly is.

Apollo has launched an all-new hypercar, the IE. It’s pretty cool all told, and it’s not the kind of thing that you’ll be able to ignore if you ever see one. However, this isn’t the first time the Apollo name has graced the roads, though it is the first time a hypercar called Apollo doesn’t look like a robohippo.

Anyway, this thing is pretty awesome and comes with a heck of a story to it. So, here’s everything you need to know about the Apollo Intensa Emozione.

It exists because hypercars are too easy to drive

Norman Choi, the man behind the IE, likes his cars a certain way. He wants them to make him feel something, to make him work for his smiles, to be an actual challenge. Problem is, the current crop of hypercars don’t really appeal to him. He reckons they’re too easy to drive fast and drive well, so he built his own.

The IE is designed to offer an experience evocative of the hardcore GT1 cars of old, but useable on the road. As such its engine comes with no turbo or hybrid assistance, it’s "just" 6.3 liters of naturally aspirated fury, and it’s so loud that getting too close will hurt your ears. Its redline is 9,000 rpm, but the rev counter goes up to 11,000. It’s fast, it’s loud, it’s old school.

It was designed from home

The world is a large place and teams are working further and further apart these days. So much so that although Norman lives in Hong Kong, his design team was based in the UK. As there was no fixed office for everyone to work from, the sketching and modelling were done from home.

It’s a progressive way of working and it shows that Apollo is trying to break the mould when it comes to working hard, but also working smart. Next time your boss says working from home isn’t possible, show them the IE and tell them what can be achieved outside of the office environment.

Bespoke is the word

We’ve all heard of car manufacturers offering a "bespoke experience." Apollo’s is… something else. The car’s carbon tub forms an integral part of the interior aesthetic, as much as it takes the place of traditional seats. Padding and cushions sit in place of a normal chair, with the steering wheel and pedals adjust to reach the driver’s feet.

Those pads, though, are made exactly to measure for the driver. Should the owner, erm, enjoy lots of cake between initial fitting and later drives, they can have their booty remeasured for a more comfortable experience.

If you have any specific needs for the IE you can ask the engineers to see what they can do. While luggage space is at a premium (the front end is mostly radiators and the rear is a 6.3-litre V12 – not somewhere to put your ice cream), adjustments can be made to try and fit stuff in should you like. Much like Aston Martin’s Q division, if you have a request, they’ll do their best to match them.

It’s not setting out to be a "numbers car"

When was the last time you saw a super/hypercar manufacturer launch a car without the words "fastest ever" or "most powerful" in the announcement? Exactly. The power race, and battle to be the fastest/bestest ever is raging on, and Apollo cares not for it.

You want carbon fiber? You got it!

Carbon fiber is strong and light, which is why it’s the material du jour of the supercar elite. It’s expensive to use, but when a car sets you back £2M (about $2.65M) from the off it’s unlikely price is going to be a concern. The car’s monocoque tub is made of the stuff, as are the front and rear subframes.

As such the car can be more compact than metal competitors, as well as being stronger and lighter. The whole subframe/monocoque setup weighs in at just 105 kg (231 lbs). Or… nothing in car terms. As a result of that the whole car weighs in at just 1,250 kg (2,756 lbs).

No lengthy explanation here. Just look at the damn thing...

None of those looks are purely cosmetic

At 186 mph (300 kph), the Apollo IE generates 1,350 kg (2,976 lbs) of downforce. That’s roughly the same (dry) weight as a Pagani Huayra. While the IE looks as though it’ll eat your face and is there purely to look pretty, all those vents, gullies, wings, dive planes, etc, are there to channel air, relieve pressure, cool hot things and help the car slice its way through the air.

It’s very fast and you can’t have one

If you do get the keys, you’ll be given access to Apollo’s exclusive Time Attack series, invited to help with the development on the IE, and even get first dibs on its next car, the Arrow.

Apollo is a company of car guys

Meeting the team, seeing their enthusiasm and hearing what they have to say about the future of Apollo shows that it’s not a flash-in-the-pan hypercar firm. These people want to make something awesome and are intent on doing so with style.