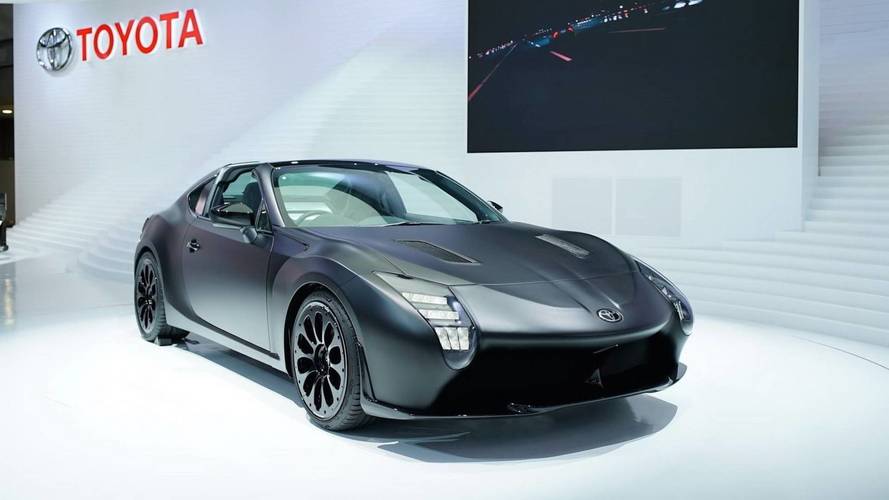 It's the hybrid sports car we've been waiting for from Toyota.

Toyota GR, the Japanese marque’s newly established performance range, will see two models join the ranks in the next few months: the Yaris and the Supra. But before those two production sports cars come to fruition, at the Tokyo Motor Show, Toyota is showing off its unique-looking GR HV concept – an 86-based coupe with some strange upgrades.

The two-seat concept comes powered by a front-mounted hybrid engine, with power sent to the rear wheels exclusively. Toyota neglects to say what kind of performance can be found under the hood, but given that current 86 coupe produces 205 horsepower (152 kilowatts) via a 2.0-liter four-cylinder engine, don’t expect the concept to be that far off.

Its design is inspired by the LMP1 TS050 Hybrid race car. Features like a targa-style removable roof, LED cluster headlights – two on top and three on bottom – unique wheels, and an endurance-racing styled spoiler can be immediately seen. A matte black finish gives the concept a more aggressive look.

Arguably the most unique feature, though, is the manual-style 6-speed automatic with an H-pattern shifter. When equipped, the manual mode allows the driver to shift the automatic gearbox as they would in a manual car. Let’s not forget the cool push button ignition location on the shift knob, either.