Rarely we get the opportunity to use "Yamaha" and "pickup" in the same sentence.

Yamaha did “warn” us that it would bring a new concept car at the 2017 Tokyo Motor Show, but we had no idea it was going to be a pickup truck. While the exterior styling might not be for everyone, it’s nevertheless an interesting showcar that tries to explore the idea of a four-wheeled utilitarian vehicle from a company primarily known for motorcycles. Speaking of which, the rear cargo bed is big enough to accommodate two of them.

To give it some off-road chops, Yamaha’s engineers have decided to implement a raised suspension setup with a more than generous ground clearance. Chunky tires from Falken hug those shiny black wheels that have a blue outline to match the body paint. Technical specifications have not been provided, other than the concept’s dimensions: 4,490 millimeters (177 inches) long, 1,960 mm (77 in.) wide, and 1,750 mm (69 in.) tall. 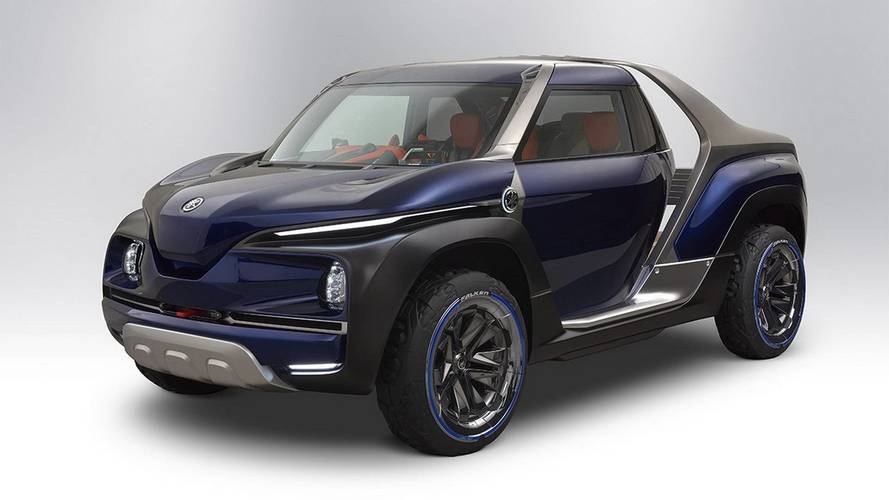 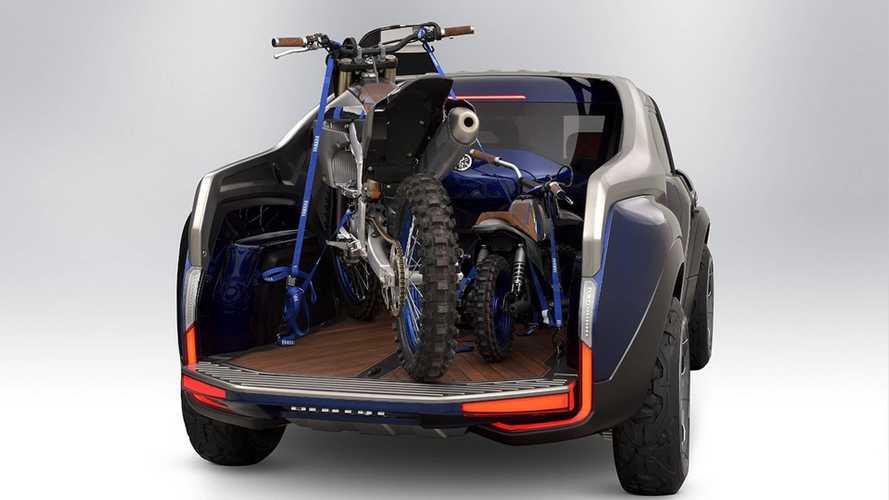 It may be small on the outside, but the interior is spacious enough to seat four adults thanks to a rather unusual diamond-shaped seating arrangement. Think McLaren F1, but with an extra rear seat behind the driver, though it would be interesting to see who can actually fit on the rearmost seat as the cabin seems to be cramped in the back.

Unlike the 2013 Motiv.e and 2015 Sports Ride concepts, the new Cross Hub has not been designed by Gordon Murray. As you may recall, the man behind the aforementioned McLaren F1 is quite busy these days setting up his own car company and will unveil the first model on November 3rd.

As for the Cross Hub, there’s no word about putting it into production, but that’s not actually a big surprise taking into account two previous concepts haven’t been transformed into road-going models either. The silver lining would have to be that Yamaha says the Motiv.e and Sports Ride are still under consideration.

18 Photos
By: Adrian Padeanu
++
Got a tip for us? Email: tips@motor1.com
Hide press releaseShow press release

Introducing the CROSS HUB CONCEPT, a new “lifestyle car” to load up the fun and link the outdoors to the city.

What would make a car uniquely Yamaha? Yamaha designs and builds all kinds of mobility products for a variety of fields of recreation, from motorcycles and bicycles to marine products and more. The “CROSS HUB CONCEPT” model was born of the desire to interconnect those many forms of fun. By bringing together and fusing some of the possibilities presented by our diverse mobility portfolio, a new take on the unique style of Yamaha was born.

The point we focused on was making everything “just the right size.” This meant finding a body size suitable for use either on- or off-road while being maneuverable in the city, and still having sufficient utility to transport other Yamaha recreational products.

In order to create a cabin seating four adults as well as a rear cargo bed that could carry up to two motorcycles, we adopted a unique process for the design and development that focused on extensive experimentation and testing of the overall package before moving to the vehicle’s styling. That was what led to the innovative diamond-shaped cabin layout. It positions the driver’s seat forward in the middle with the passenger seats surrounding it from behind, thus enabling a compact vehicle size still providing the desired cabin space and rear cargo bed capacity.

Yamaha’s “Elementalism” design approach was taken to a new level of evolution with the bold layout of the cabin, tough-looking body surfaces and the robust frame permeating the vehicle. The materials used for finer design details were also given a uniquely Yamaha character, like the wood paneling inspired by the look and feel of our boat decks.

Yamaha’s aim with the CROSS HUB CONCEPT was for it to be a “hub” connecting the multifaceted lifestyles as well as the different values people hold, linking open fields with busy urban streets, and the “active and energetic” with “premium and relaxed.”