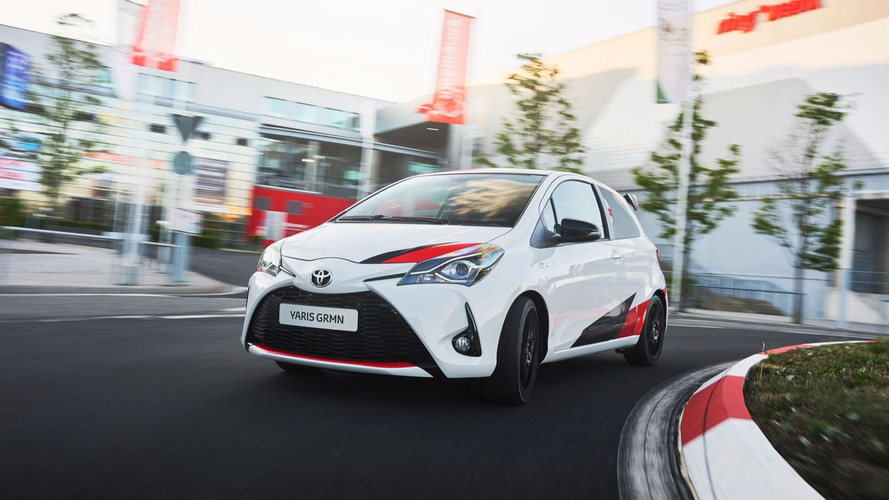 You'll have to wait a few years to get one, though.

Toyota introduced the hotted-up Yaris GRMN (pictured here) at this year’s Geneva Motor Show. Equipped with a 205-horsepower (152-kilowatt) 1.8-liter engine, the plucky little hatchback has the ability to sprint to 62 miles per hour (100 kilometers per hour) quicker than any car in its class, including the Ford Fiesta ST. Unfortunately the hot hatch will be limited to Europe and the U.K. exclusively – but the Japanese marque has plans to expand its performance range.

According to AutoExpress, Toyota’s next hot Yaris will be designed almost entirely by Gazoo Racing in compliance with World Rally Championship homologation standards. That means a minimum of 25,000 examples will be produced per year. That number is a significant upgrade over the current limited-production run, which will see just a handful of examples distributed throughout Europe and the U.K. in the next few months.

"We know our current situation and we believe that we need to change the platform for the rally car to be even more competitive," Senior Manager responsible for Gazoo Racing, Shigeki Tomoyama, said in an interview. "So for the next generation of rally Yaris we will prepare a homologation road car. We have to commit to producing 25,000 of them in one year, so it won’t be a limited edition like GRMN."

The new Yaris hot hatch will bear the designation "GR" instead of "GRMN," and will include a number of updated features like new suspension pick-up points, for example. It should be a bit lighter, too. The Yaris along with the upcoming Gazoo-branded Supra will be lightweight relative to the competition, and the former could even feature a hybrid powertrain.

"When we think of the future sports car, we put all of our focus on hybrid technology," said Gazoo Racing head Shigeki Tomayama in an interview with Top Gear. "We don’t think EV, we think hybrid. Hybrids have always prioritized fuel efficiency, but now we focus on hybrids that run fast. And we’re focused on improving the heat efficiency of internal combustion engines to the maximum."