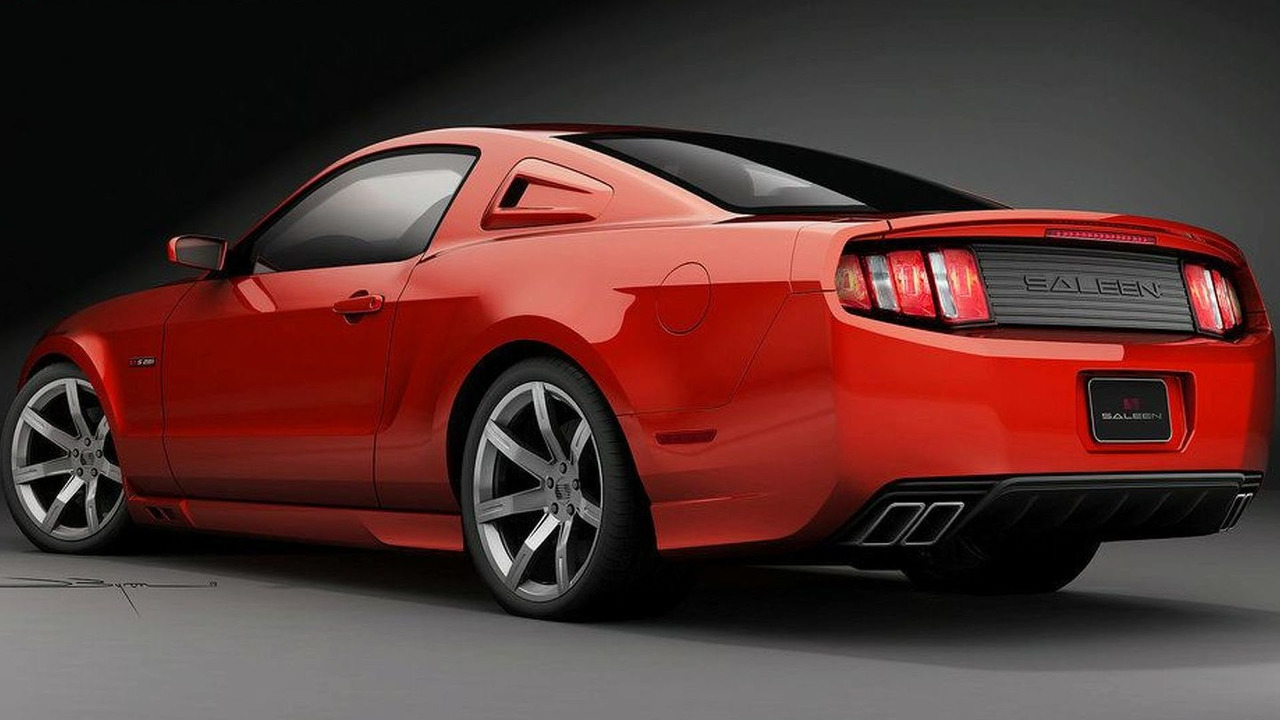 Several pictures of the 2010 Saleen S281 Mustang have leaked to the web ahead of the SEMA Motor Show.

Several pictures of Saleen's 2010 S281 Mustang have been released ahead of it's unveiling at the SEMA Motor Show.

While details are limited, the S281 features a unique body kit with a new hood, grille, front fascia, side skirts, and rear window louvers. Out back, the car boasts a sleek spoiler, a rear diffuser, and an aggressive four-tailpipe exhaust system.

Look for more information to be released when the car is officially unveiled next week.