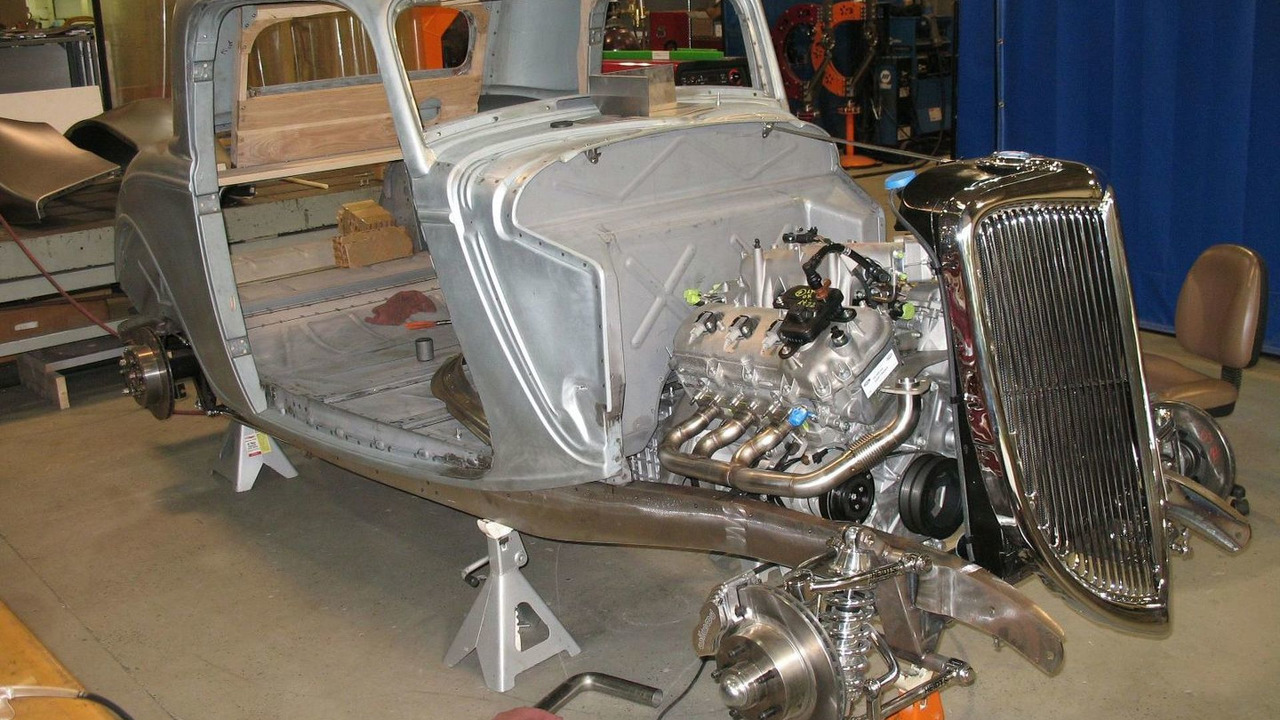 The old meets the new.

Ford has done a little hot-rod tuning of its own for the SEMA show in Las Vegas later this month. Ford Powertrain has hooked up with Detroit Street Rods and Experi-metal to fit this classic 1934 Ford 3-Window Coupe with its far more recent 3.5 liter V6 EcoBoost direct injection engine.

The total output for this Depression-era Ford will be somewhere around 400 horsepower and 400 lb-ft (542 Nm) of torque. Up from the quotient of 365 hp and 350 lb-ft (474 Nm) of torque the EcoBoost produces in the Ford Taurus SHO.

The body is a replica supplied by Steve's Auto Restoration and has all the original features of the '34 Ford including those classic running boards. Not so original are the electronic power windows and air conditioning.

Some tinkering also had to be done to fit that V6 EcoBoost under such an unconvetional hood.