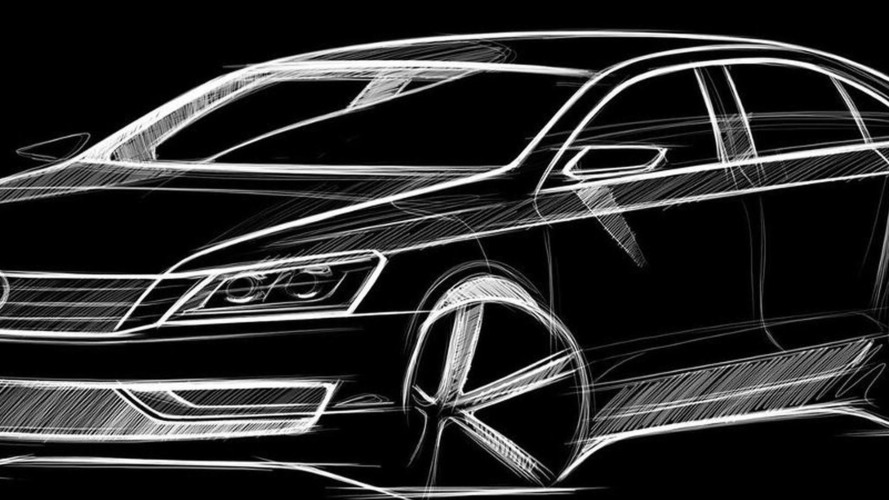 VW of America has officially begun their media push for the upcoming NMS (new mid-sized sedan) by releasing a generic looking black and white design sketch.  VW has confirmed the market launch for late 2011 which coincides with the next generation Passat arrival.

As previously reported, the new sedan will be larger and cost nearly $8000 less than the current Passat.  That puts the NMS in the low $20,000 range, a much more competitive price.  Such an offering would put the NMS as a direct threat to market segment leaders Toyota Camry and Honda Accord.

A press agent for Volkswagen said, "We'll have two sedans coming out at the same time, and the smaller one will cost considerably more than the bigger one."

Volkswagen is choosing to build the NMS in Chattanooga, Tennessee to take advantage of the weak dollar.  The US dollar has lost nearly 15 percent of its value against the Euro since March 2009.  This translates to significantly higher American pricing for any vehicle built in Germany.

With the onset of the NMS, which is targeted to sell 100,000 units per year, the Passat is rendered virtually uncompetitive.  This is supported by an incredibly low 9,200 Passat units sold in the first nine months of 2009. As a result, VW is reportedly considering the cancellation of the Volkswagen Passat line within two years.

European customers will continue to see the Passat in VW showrooms.  A new version should come on the market in 2011.