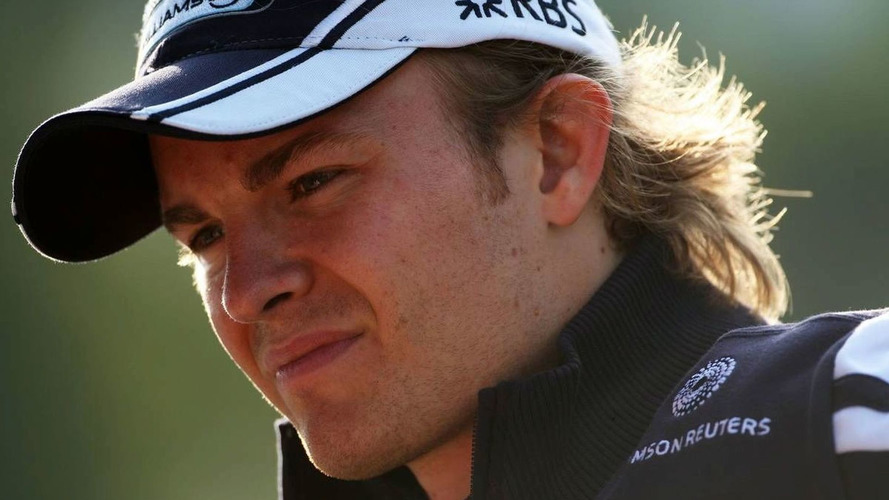 Nico Rosberg has hinted strongly this week that he is set to move up F1's pecking order in 2010.

Nico Rosberg has hinted strongly this week that he is set to move up F1's pecking order in 2010.

The German driver will not confirm that he is leaving Williams after the opening four seasons of his career, but it is expected that he has now penned a deal either with McLaren or the similarly Mercedes-powered Brawn.

Mercedes' Norbert Haug was also giving little away when he spoke with reporters on Tuesday, reiterating that the German marque is keen to sign up a German driver, but not divulging whether those plans are for McLaren or Brawn.

At a sponsor event in Munich earlier this week, Rosberg answered "no comment" three times: when asked whether he is going to leave Williams, when asked if Jenson Button's plans will affect his, and when asked if he thinks Rubens Barrichello would be a good signing for his current Grove based employer.

"I have now been in formula one for four years and it would be great if I could now make the step to a winning car and perhaps even drive for the 2010 title.

"At the moment I am in very good spirits about this goal," said the 24-year-old.

Pressed to elaborate on his expectations for a "winning car", Rosberg confirmed only that he expects the top four teams of 2009 - Brawn, Red Bull, McLaren and Ferrari - to still be in charge next season.

Rosberg repeated his expectations for a winning 2010 seat at a sponsor event at the Dubai Autodrome on Wednesday. "Things are looking very good for next year," he told the Middle Eastern website yallaf1.com.

"I cannot tell you who I will driving for but I can say that next year I aim to win races," he added.