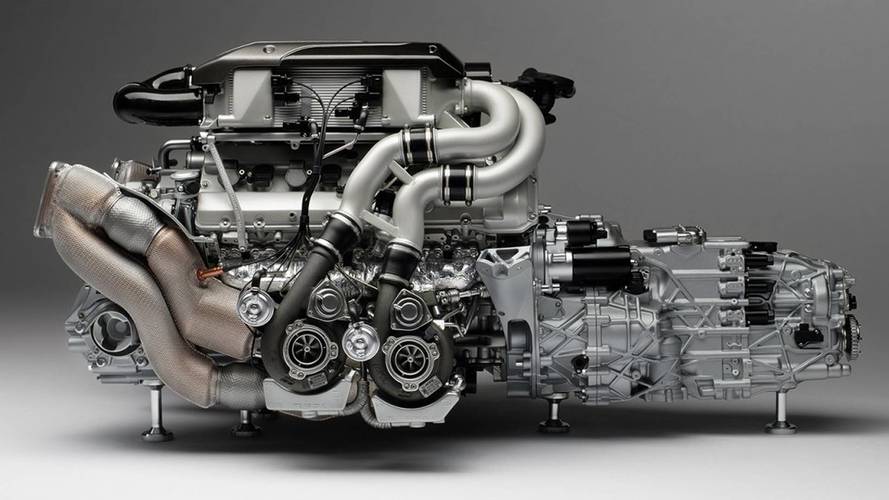 Few words can accurately describe the power produced by the Bugatti Chiron’s 8.0-liter W16 engine. When the French company’s engineers told us the car produced 1,500 horsepower (1,119 kilowatts) and 1,180 pound-feet (1,600 Newton-meters) of torque, they may as well have measured the Chiron’s potency in 747s or football pitches – the numbers are just so huge that they have become meaningless.

But if few of us can comprehend the Chiron’s power, even fewer can own it. The Bugatti costs more than $2.25 million. So if, say, you’ve only got about $10,000 to spend, you’re not going to have access to the Chiron’s staggering quad-turbo power unit.

One model maker, though, has decided to change that. For just $9,365, you can have your very own Chiron engine. Okay, so it won’t turn over and it won’t produce anything like 1,500 hp – it isn’t even life-size – but this 1:4 scale model is meticulously detailed. It even has the barcodes and part numbers found on the real thing.

The 17 inch (44 cm) long model was created with help from Bugatti’s design team and comprises more than 1,000 parts. According to its maker, Amalgam Collection, the model took 2,500 hours to develop and 220 hours to hand build. The majority of the model is built from polyurethane prototyping resin, stainless steel, and pewter, while all the finishes have been checked for accuracy by Bugatti.

As a final flourish, Amalgam will also sell customers an acrylic stand and presentation box, although the brand has not announced how much it will cost.