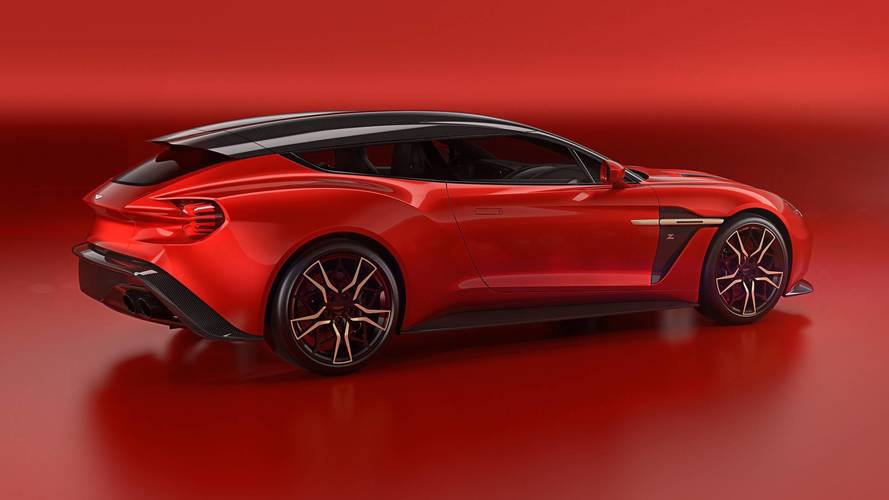 Proving once and for all that a wagon doesn't necessarily have to be mundane.

The shooting brake body style is kind of like a lost art, but every now and then, a skilled artisan such as Zagato decides to revive the two-door wagon in a truly impressive way. Originally unveiled back in August, the Aston Martin Vanquish Zagato Shooting Brake as it’s known by its full name starts off in life as a Vanquish S before receiving Zagato’s signature “double-bubble” roof.

Every single body panel is made from carbon fiber, including the elongated roofline combined with a central glass section that widens from the rear to the front to nicely merge with the windshield. Despite the extended roof, we are still dealing with a two-seater grand tourer with only two doors to fully live up to its shooting brake shape. It features an electrically operated tailgate to make your life easier while maneuvering cargo in and out of the expansive rear compartment where you can put the car’s matching luggage set.

It’s going to be a rare sight on the streets as only 99 units will ever be made, as it will be the case with the Coupe and Volante derivatives prepared by Zagato. The Speedster is going to be the most exclusive of them all taking into account production will be capped at just 28 examples. All will be based on the Vanquish S with a carbon fiber body, a 580-horsepower naturally aspirated V12 engine, and adaptive dampers fine-tuned to better cater each body style.

Zagato is happy to report some deep-pocketed folks out there have ordered one example of each body style. The Italian coachbuilder goes on to specify it could have easily increased the production numbers to match the high demand, but ultimately decided to keep the Aston Martin quartet limited to a total of 325 cars. The most practical version of the four, the Shooting Brake, will enter production in 2018.