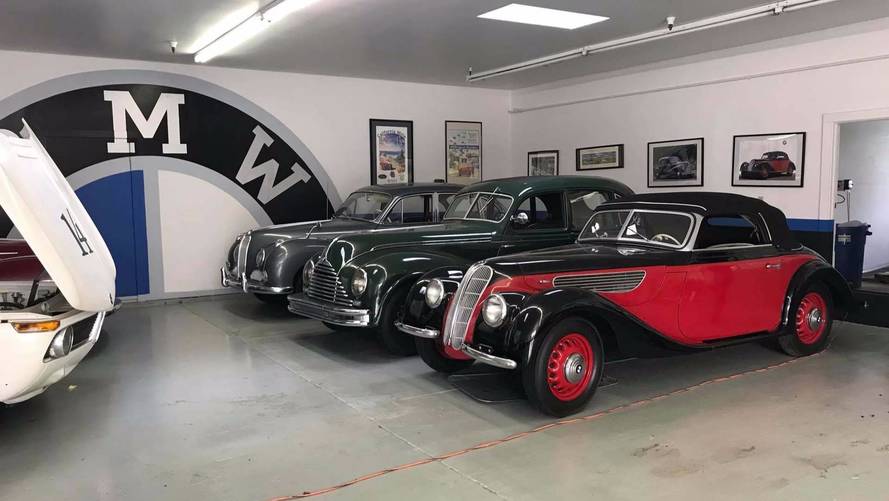 Some of the vintage cars predated World War II.

Wildfires in the western United States have been immensely destructive, from Montana all the way to California, where we watched in horror as the flames consumed entire neighborhoods. Damage in California alone is estimated to top $1 billion, but it pales in comparison to the 42 lives that have been lost. As our hearts break from the devastation, there’s a heartwarming story from Road & Track that we would like to share with you. It involves a vintage collection of BMWs and a group of people who sought to save them from the flames.

The owner of the collection is Jim Smith, an 84-year-old resident of Sonoma who lives on a seven-acre vineyard. Smith is a huge BMW fan, as evidenced by his collection of 18 cars dating back to before World War II. Some of them ran, most of them didn’t, but all were in harm’s way from the fires that had come to within 10 blocks of the vineyard.

The original plan was to move the cars out into the vineyard itself, which isn’t as susceptible to fire. But the speed and strength of the flames led Smith to find some help getting the cars somewhere safer. The BMW Car Club of America stepped up to help and put out a call for assistance. The call was answered, and not a moment too soon.

Jeff Hecox, who snapped the above shots and posted them to his Facebook page, was one of many people who arrived to help. He told Road & Track that aircraft and helicopters were going by and the sky wasn’t even visible when he got to the vineyard. Fire trucks had set up at the end of the street, which he said was 400 feet away. The group managed to get all the non-drivable cars loaded onto trailers, with a select few jumping behind the wheel to drive the rest out of harm’s way. The vintage fleet went to nearby Sonoma Raceway, which had already dodged a bullet from the fire and was clear of danger.

That by itself might make a happy ending to the story, but Smith and his family – as well as his home – all escaped the flames as well. Yes, machines can be replaced, but that doesn’t mean they aren’t worth saving when disasters loom large.

We’re very grateful Road & Track found this story, we’re happy the Smiths are okay, and we’re very pleased to say 18 vintage BMWs are not among the damages in this terrible tragedy.

All photos courtesy of Jeff Hecox.