Lamborghini Shooting Brake Concept Is Worthy Of All Your Money 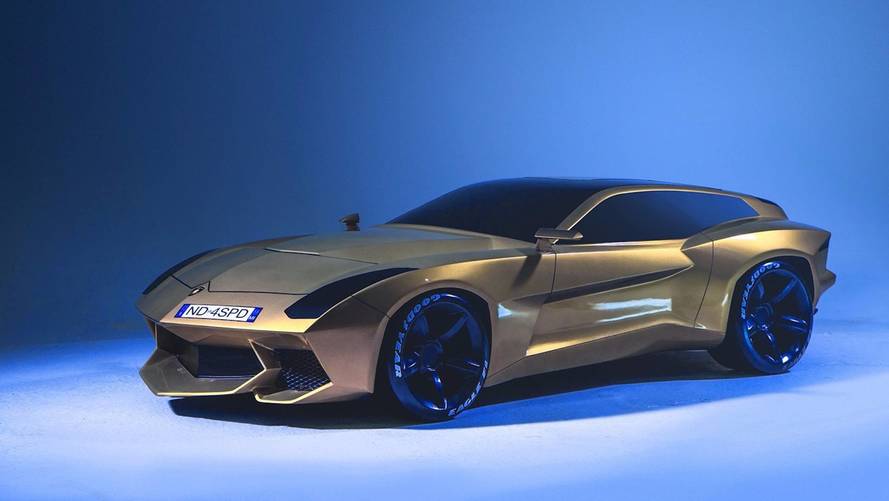 Too bad it isn't real.

As Lamborghini prepares to unveil its first ever SUV in the Urus, and mulls over the possibility of a sporty sedan, there is one segment that the Italian supercar maker likely hasn’t even considered (at least not since the 400GT): a shooting brake. One designer has imagined a modern-day Lamborghini shooting brake to rival the Ferrari GTC4Lusso, and it looks good.

Igor Shitikov, a Russian based artist and designer, is responsible for dreaming up the lovely Lamborghini shooting brake, both digitally and as a small-scale model. The shooting brake draws a number of obvious cues from concept cars like the Sesto Elemento, Reventon, and even the Estoque, but is entirely unique all its own.

The front fascia is dramatic, and features three large vents located under the angular nose. Those same aggressive edges can be seen throughout the body, including on the sculpted side profile and sloped roof. The rear is defined by a single extended light bar, a feature unique to the range.

The designer doesn’t go into any specifics on performance, but it’s safe to assume this concept, if produced, would wield a similar setup to the upcoming Urus SUV. The Urus is expected to come standard with a 4.0-liter biturbo V8 delivering as much as 650 horsepower (484 kilowatts), while a more powerful plug-in hybrid option is expected later down the line.

Question is, could a Lamborghini shooting brake become a reality? Not likely. Rumors have suggested that a new Porsche Panamera-based sedan is already in the works, and could join the lineup by 2021. A third Miura-inspired sports car is also being considered, as is a limited run supercar in the same vein as the Centenario and Veneno. For now, the Lamborghini shooting brake concept remains a thing of dreams.