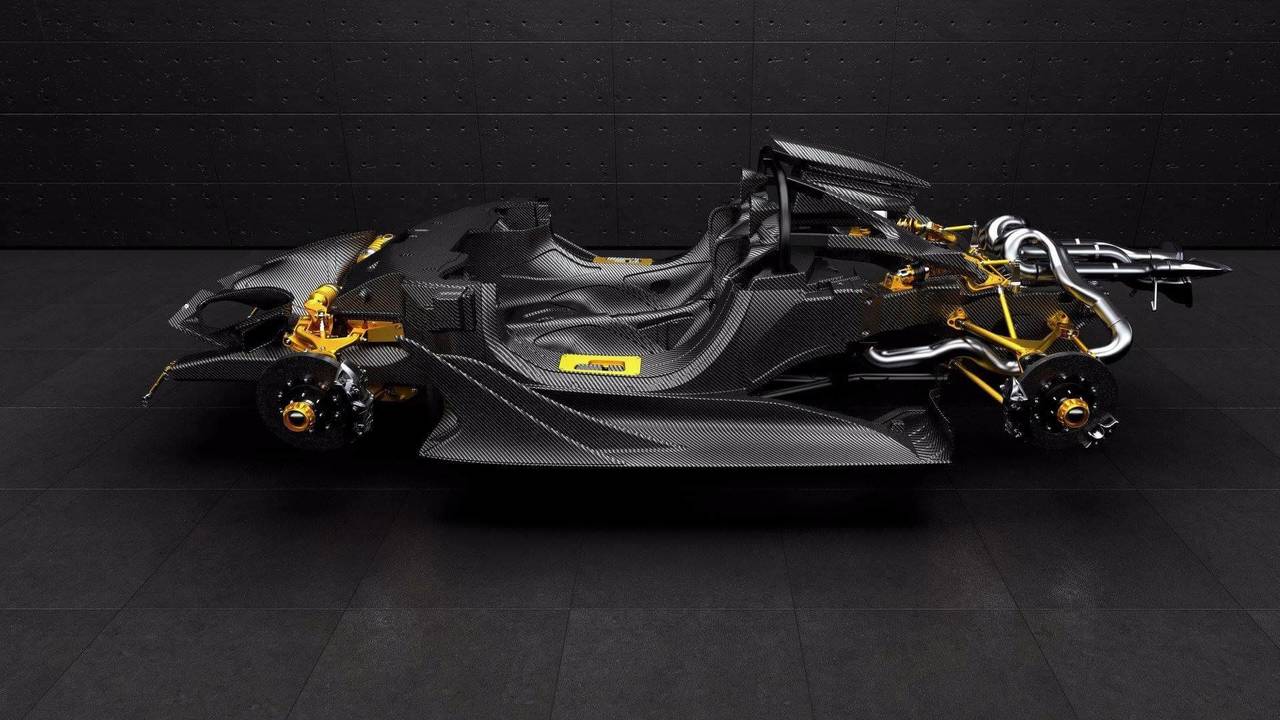 The official unveiling of the entire car will happen next week

We are days away from the full reveal of Apollo Automobil’s new hypercar, the awesomely-named Intensa Emozione. That still hasn’t stopped the reborn automaker from dishing up some teasers, however. This popped up not too long ago on the company’s Facebook page, giving us a “full reveal” of sorts before the, ah, full reveal. We suspect there are some vital components missing from this shot, but that’s okay since this is one of the best-looking carbon fiber chassis setups we’ve ever seen.

Apollo Automobil sprung to life late last year from the remnants of Gumpert, after being acquired by Hong Kong-based investment company Ideal Team Venture earlier in 2016. We first got a taste of the Apollo IE in July with a glimpse of a massively curved rear wing atop a wide rear profile, complete with three diamond-shaped exhaust tips in the middle.

Since then, we’ve learned that the car will pack a naturally aspirated V12 engine that is expected to make more than 800 horsepower, which should be quite a feat indeed. If the sound clip heard in the earlier teaser video of the car is any indication, we suspect people will be drawing comparisons to the V12 era of Formula One.

Comparisons will also surely be made to Le Mans prototype racers, as the same teaser video clearly shows the massive wing connected to the car through a center bar, not unlike what you’d see on an LMP1 car. A quick shot of the interior shows a pair of racing buckets with full harnesses, suggesting the Apollo IE is designed to be a track-day superstar that also happens to be street legal.

The official reveal is slated to take place on October 24. After months of teasers, we can’t wait to see the final product.