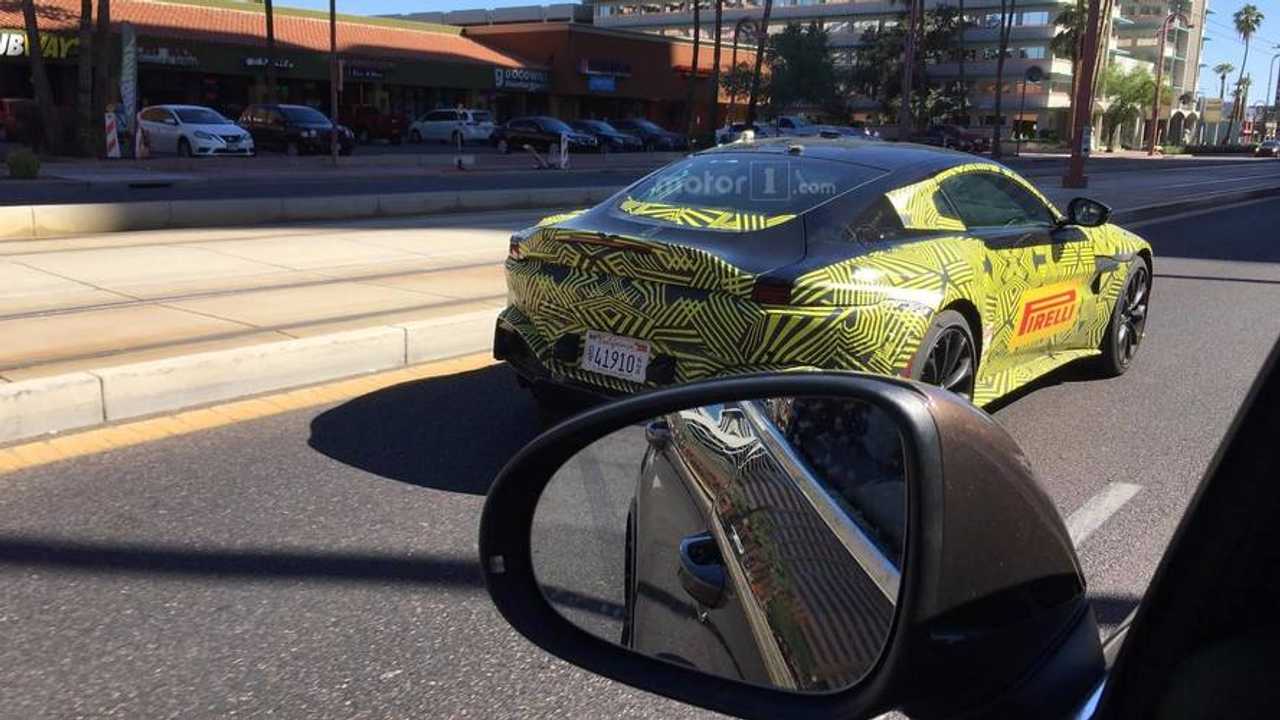 It's wearing less camo to show more of its curves.

Our Motor1 audience is the best. Why is that? Aside from reading and responding to our daily content, they’re camera-equipped road warriors ready to grab photos of cool rides and prototypes at a moment’s notice. These shots come to us from Motor1 reader Aleksandar, and they show what should be the 2019 Aston Martin Vantage.

We’ve seen this car previously – in fact shots from earlier this year even show the car with the same Pirelli logo on the side. Obviously Aston Martin has no qualms about this pre-production car drawing extra attention to itself while testing in plain sight. The last time we saw the Vantage it was wearing foreign plates, but this one has California tags and appears to be soaking up the sun for some decidedly urban testing.

What do we know about the upcoming Vantage? For starters, it draws plenty of inspiration from the fabulous DB10 that James Bond drove in Spectre, with the small headlights and taillights already visible. In addition, this car has a bit of the wonky yellow camo wrap removed from the roof and rear pillars, giving us an unrestricted view of the Vantage’s curves. A few strategic strips are also cut from the hood, and if we look close we can see a slight bulge that the covering did a good job of concealing on prior cars.

Beneath that hood should be a biturbo V8 of approximately 500 horsepower, developed by AMG with additional software tweaks by Aston Martin to make it brand-specific. That is, unless this car is brandishing a V12, which is sure to arrive at some point after the V8’s debut.  Even with “just” the boosted V8, the new Vantage should have plenty of thrust to hit 60 miles per hour in about four seconds. The previous model did the hustle in 4.8, and that was with 70 less horsepower.

We’re expecting Aston Martin to fully unveil the new Vantage by the end of the year. In the meantime, big thanks to Aleksander for sharing your photos and giving us a fresh glimpse of this sweet supercar.