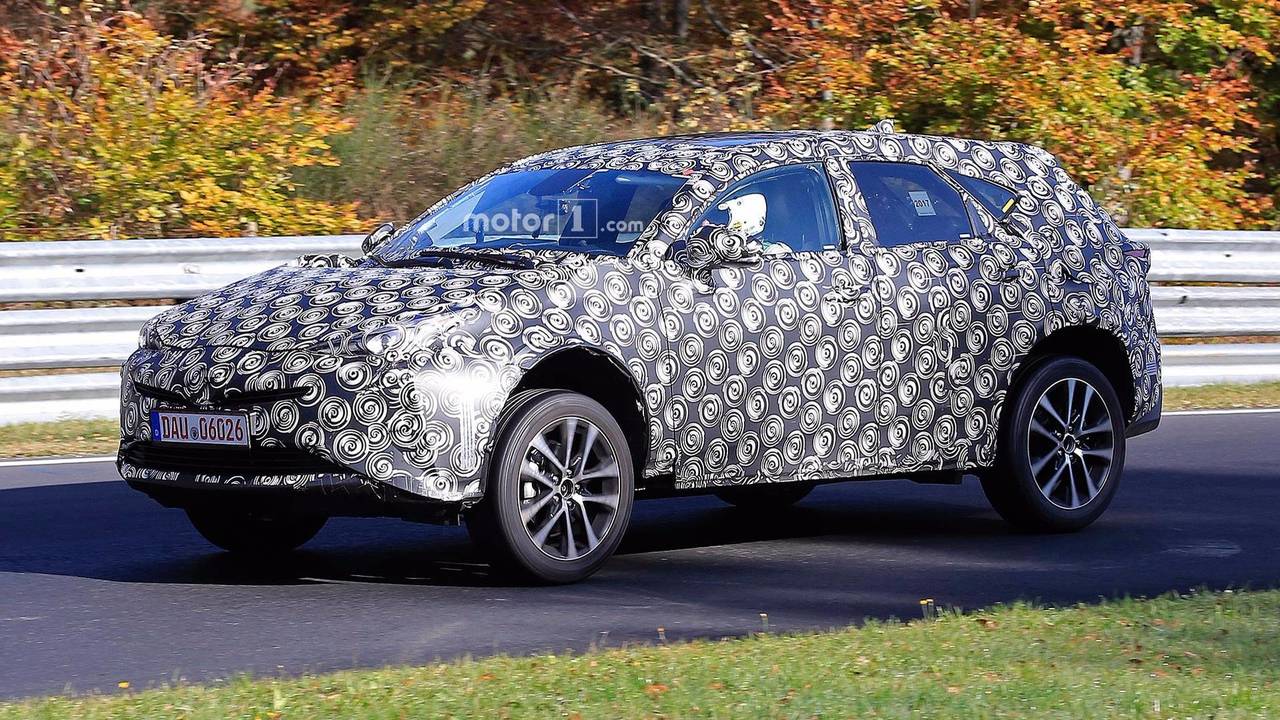 This is for the hybrid driver looking to haul a little more cargo.

With the latest Toyota Prius hybrid and Prime PHEV widely available from dealers, Toyota now turns its attention to expanding the lineup with a new generation of the Prius V wagon, known as the Prius+ in European markets. These spy shots show the the long-roof model getting a workout at the Nürburgring, and the higher ride height in some photos suggests Toyota might give the vehicle some CUV-like cues.

This test mule wears considerable camouflage, but design cues from the standard Prius are still evident. It appears that the two models have nearly identical front end styling, including a complex shape for the headlights.

The changes are more evident in profile. Rather than the standard Prius' fastback rear, Toyota's designers raise the roof to create a more spacious rear storage area. The change necessitates a complete revision of the rear pillar, which gives the Prius V a much different silhouette than the standard model. The change might appeal to customers that prefer a more traditional shape rather than the current Prius' futuristic design.

The taller roof means a major change at the rear, too, versus the existing Prius. The designers fit a more vertical hatchback with horizontal taillights, rather the the current vertical units. The pieces appear to have an angular shape that match the lights up front.

Our spied believe that Toyota's test mules for the the Prius V come from grafting the front end of the standard model onto the rear of a Lexus NX. If this is the case, then the back end could change radically before the model arrives in showrooms.

The new wagon should share a powertrain with the existing Prius, which would give it a hybrid-assisted 1.8-liter four-cylinder. It appears that the wagon gets a slightly higher ride height that gives the latest variant a look more like a crossover.

Expect the new Prius V to debut next year and be on sale in time for the 2019 model year.

Daihatsu Mebius is a Toyota Prius V for JDM
++