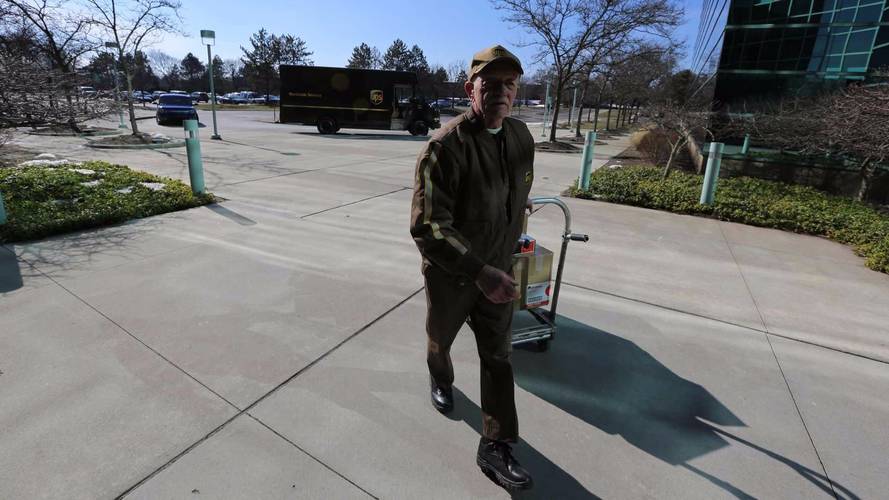 He somehow managed to set this amazing benchmark entirely on the streets of Detroit.

When 77-year old Tom Camp began his career as a delivery driver for UPS, there wasn’t such a thing as a fuel surcharge because the average price of gasoline was only 28 cents per gallon. The Beatles hadn’t even become a household name yet, and astronaut John Glenn entered the record books as the first American to orbit the earth. It was 1962, and in the 55 years since that day, he hasn’t had a single accident while on-the-job. If that’s not impressive enough, Camp has spent those years delivering packages in the Detroit area, so yeah 55 years of dealing with Detroit traffic and not a single scrape. That’s some superhero stuff right there, and he’s not done yet – Camp says he has no plans to retire anytime soon.

“Tom’s accomplishment is remarkable and serves as an inspiration to all UPSers,” said Teri McClure, chief human resources officer and senior vice president of labor at UPS. “On behalf of UPS, I thank Tom for taking such good care of our customers and others on the road.”

If you think driving chops like that deserve more than just a quote from a VP, you’re right. Camp was honored by the company in a special ceremony in the Detroit suburb of Livonia, where the company unveiled a restored 1964 UPS van called the Tom Camp Special, dating back to the early days of his career.

UPS also gave a $25,000 grant to the University of Michigan’s Transportation Research Institute in his name, which is certainly admirable though we suspect he would’ve liked a taste of that payout. Perhaps the coolest thing though is that the state of Michigan declared October 18 to be Michigan Safe Driving Awareness Day, in his honor.

Just imagine all the car parts Camp has delivered trouble-free in his 55 years of service. Well done, sir, and congratulations on a truly remarkable career.

55 YEARS WITHOUT AN ACCIDENT:

UPS To Give $25,000 Grant In His Honor To University Of Michigan’s Transportation Research Institute

Livonia, Michigan, October 18, 2017 – UPS driver Tom Camp has achieved what no other UPS driver ever has – 55 years behind the wheel of a brown delivery truck without an accident. In that time Camp has driven over a million miles – the equivalent of two round-trips to the moon, or 40 trips around the equator.

The 77 year-old Camp, who began his career with UPS in 1962 delivering in suburban Detroit, credits his training and a healthy dose of caution for his remarkable record. “You need to assume other drivers are not as aware as you are,” said Camp. “If you assume the other guy is daydreaming, that’s a good first step.”

At a company with a long history of records, Camp’s stands alone. Only one other driver has eclipsed the 50-year mark – Ron Sowder of Dayton, Ohio, who had 50 accident-free years upon his retirement in 2012. Sowder and Camp are the only two drivers who’ve earned the distinction of wearing the number “50” on their uniform patch.

Of the 102,000 drivers at UPS, 9,349 have driven for 25 years or more without an avoidable accident. Of those, 91 have gone 40 years or more accident-free, and 10 have eclipsed the 45-year mark. Manhattan, New York driver Ronnie McKnight, with 48 years of safe driving, is currently number two.

A U.S. Marine Corps veteran, Camp began delivering when roads were less congested and drivers less distracted. “Traffic has doubled since I started with Big Brown,” says Camp.  “I can’t count how many times I’ve seen folks do crazy things behind the wheel – reading the paper or doing their make-up.  Cell phones are a part of it, too, but it’s more than just that.”

There were 40,200 motor vehicle deaths in 2016, up six percent from 2015, according to the National Safety Council. And distracted driving plays a role: 36 percent of people surveyed in 2015 by State Farm Mutual Automobile Insurance admitted to texting while driving, and 29 percent said they access the internet while behind the wheel.

“Tom’s accomplishment is remarkable and serves as an inspiration to all UPSers,” said Teri McClure, UPS chief human resources officer and senior vice president, labor. “On behalf of UPS, I thank Tom for taking such good care of our customers and others on the road.”  In recognition of his achievement, Camp was honored by the company and his local co-workers at a ceremony in Livonia.

In honor of Camp’s achievement, UPS has given a $25,000 grant to the University of Michigan’s Transportation Research Institute (UMTRI) to continue their exemplary work on road safety issues. “Congratulations to Mr. Camp on his extraordinary achievement,” said Michael Sivak Ph.D., Director, Worldwide Sustainable Transportation for UMTRI. “We appreciate UPS’s contribution to our research related to highway safety, sustainability and commercial motor vehicle productivity, and for their dedication to these important causes.”

Tom Camp’s 55-plus years of safe driving at UPS is an astonishing feat, and a testament to the impact of driver education programs,” said Chris Spear, President and CEO of the American Trucking Associations. “Smart decision making on the road reduces the rate of accidents and keeps both pedestrians and other drivers safe. We applaud Tom for his lifelong commitment to safety, as well as his service to this country as a marine.”

At 77, Camp says he has no immediate plans for retirement. “I enjoy my job and my customers,” he says. “As long as I can do it well, I’ll keep going.”