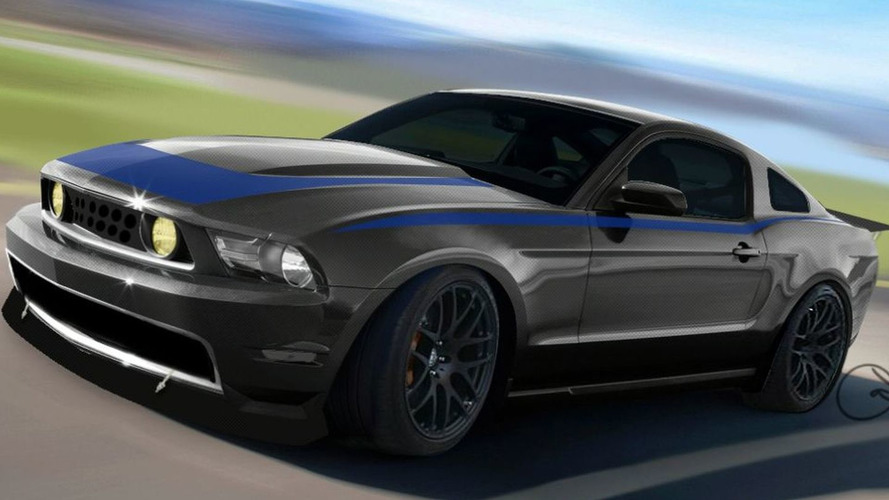 We have the details on the eight different Ford Mustang and five Ford F-150 models getting their debut at SEMA next week.

Ford is bringing a large batch of vehicles to the SEMA Show, being held in Las Vegas next week.  Amongst the offerings will be eight different Ford Mustangs, each tuned by a different firm, and five variants of the Ford F-150 pick-up truck.

The American automaker is pushing the idea that the Mustang, now 45 years old, "is the most customized car in the $31.8 billion aftermarket industry."  The eight Mustangs are meant to prove this point, with 3d Carbon's version leading the way.  Using their Boy Racer design that was first seen in 2005, 3dCarbon's custom aero kit will likely be a hit at the show.

Meanwhile, Galpin Auto Sports will be showing off their version of the Ford Racing-tuned, supercharged, 550 hp wide-body Mustang convertible.  Nearby, Steeda Autosports will show off the Steeda Q350, a "super responsive" version of the sports car meant for the track.  Other tuners participating include Ford Vehicle Personalization, H&R Special Springs, Paul's High Performance, Street Scene Equipment, and Vaughn Gittin Jr.

Amongst the cars are the Ford F150 tune-jobs.  Ford claims that F150 models are "the most customized trucks in the $31.8 billion aftermarket industry."  Ford Vehicle Personalization will bring out the F-150 Project FX2 Sport 6.2-liter with a dark grille, new front lighting, and a new set of wheels.  Painted in Red Candy with gold graphics, the car also comes with a dual-tip rear exhaust.  Also, K-Daddyz Kustomz will be in Vegas, with a truck showing off 24-inch wheels, and a "air bag suspension."  It comes with a supercharged, 5.4-liter engine, and meant to offer "urban luxury."

Other F-150 tuners include Malibu Customz, Superlift, and DeWalt, who will be showing off a 2011 Super Duty concept.

You can read about each model in the two included press releases below.  All vehicles will be on display from November 3 to 6 in Las Vegas.