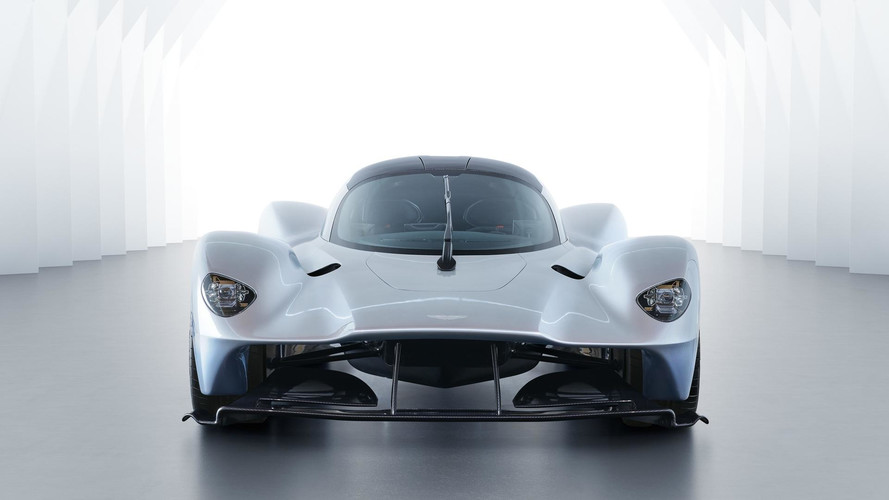 F1-inspired tech, and plenty of horsepower.

With the P1- and LaFerrari-rivaling Aston Martin Valkyrie already on the way, the British marque is working hard to ensure that the rest of its lineup can follow in that same competitive vein. Aston Martin has already confirmed that a smaller mid-engined sports car is on the way – rivaling the likes of the 488 and 720S – but new details paint a clearer pictured about the upcoming coupe.

In an interview with Car and Driver, CEO Andy Palmer said that the new sports car will indeed happen, thanks in part to some newfound profitability, and that it will benefit from an "innovation partnership" between Aston Martin and Red Bull Racing Formula 1. You may remember the two joined forces officially back in 2016 in development of the upcoming Valkyrie.

A total of seven new models will join the Aston Martin range by 2023, following the recently revealed DB11, which made its debut last year, with replacements to both the Vanquish and Vantage coming down the line, as well as an SUV. The former of the three our spy photographers recently caught testing in Germany – but the most important of which remains the mid-engined sports car.

"The majority of luxury sports-car manufacturers sit in that space," he said in the interview. "Ferrari, Lamborghini, and McLaren are all there. When you talk about a two-seat sports car with this level of performance, they are all in that space."

With Aston’s growing involvement in Formula 1, the new sports car should benefit from some of that same technology. Earlier reports have suggested that the vehicle will forgo a typical V8 or V12 in place of a smaller hybrid V6, and come paired to a manual gearbox. Final details like horsepower, price, and design remain a mystery, but Palmer has made it clear that any hybrid technology development would need to be kept, "inside the company."