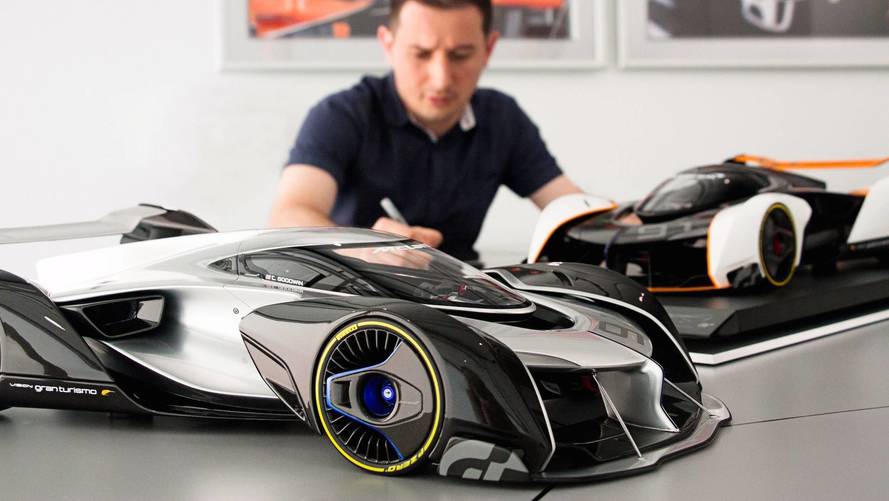 Now you can actually take home this amazing ride.

As part Gran Turismo’s ongoing custom of asking automakers to create over-the-top concepts exclusively for use in its games, McLaren just last month introduced the outrageous-looking Ultimate Vision GT concept. It followed the same formula of nearly all GT concepts prior – pre-loaded with a hypothetical 1,150 horsepower (857 kilowatts), and dripping with dramatic design cues. But while nearly all examples will be limited to use on screen, a handful of lucky collectors will be able to take home their own versions of the McLaren GT car.

Amalgam is offering up this hand-crafted 1:8 scale model of the new McLaren Ultimate Vision GT – and it’s stunning. The model measures in at 24 inches (60 centimeters) long, and was designed with direct input from McLaren Design Director Robert Melville, who helped pen the original concept for the new Gran Turismo Sport.

Find even more stunning scale models at the Amalgam Collection.

Just 92 examples will be made available to buyers in three different liveries: "Performance," "Noir de Noir," and "Ulterior Future." The first ever example, finished in a handsome "Performance" livery, is already on display at the McLaren design office. The second was gifted to Kazunori Yamauchi (above), legendary Japanese racing driver and game creator who helped transform the McLaren from concept to on-screen reality.

Each model will come finished with a numbered plate, signed by designers Robert Melville and Alexandar Alexiev, and mounted on a base designed specifically for the vehicle. The McLaren Ultimate Vision Gran Turismo scale model will retail for $7,440 (£5,815 / EUR €6.980) plus shipping. If you aren't able to get your hands one of these handsome models, the Ultimate Vision GT concept is now available to drive on Gran Turismo Sport, which launched on Playstation 4 yesterday, October 17.