Mitsubishi Investing $5.3 Billion To Get Back Into Shape 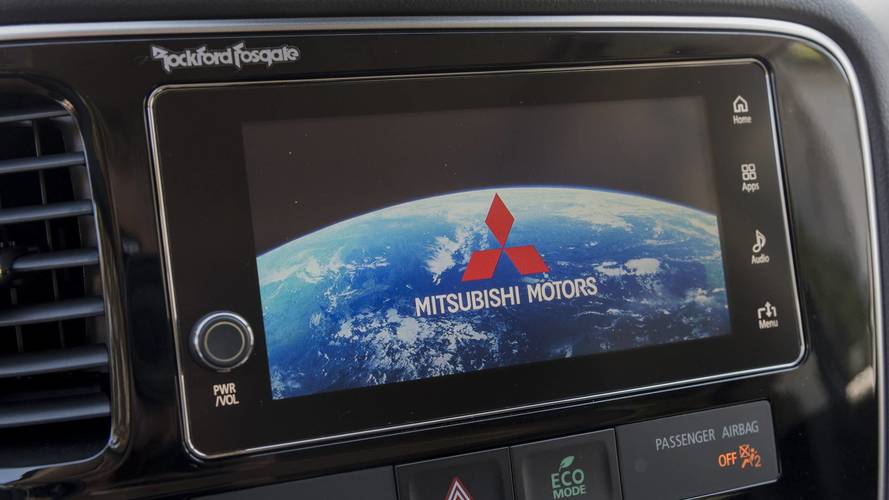 Mitsubishi is today introducing a new three-year strategic plan, targeting sales growth of at least 30 percent to 1.3 million vehicles annually. In order to achieve this ambitious goal, the Japanese manufacturer will invest more than 600 billion yen ($5.32 billion) in research and development over the course of the "Drive for Growth" strategy.

Under the new financial program, Mitsubishi will try to increase revenues by 30 percent to 2.5 trillion yen, as a result of an increase in annual capital expenditure to 137 billion yen ($1.21 billion) in fiscal 2019. This will represent a lift of spending as a proportion of sales to 5.5 percent per year.

A major role in the “Drive for Growth” plan will be played by the SUV and pickup vehicles of the company, where a total of 11 new models will be launched. The product range renewal program will be combined with a market expansion in the ASEAN region, Oceania, United States, China, and Japan.

"Drive for Growth is a new roadmap for Mitsubishi Motors,” Osamu Masuko, Mitsubishi Motors chief executive, explains the new strategy. “We will rebuild trust in our company as our highest priority, successfully launch new vehicles, and achieve a V-shaped financial recovery. These will be the foundations for our future sustainable growth, which will involve increased capital expenditure and product development spending."

In addition to the product renewal and market expansion, Mitsubishi will also try to reduce costs by 1.3 percent per year, which will be possible mainly due to growing synergies from its membership of the Renault-Nissan alliance. The automaker will seek synergies totaling more than 100 billion yen ($886 million) over the course of the plan.

"This is an ambitious program to maximize our strengths in growing product segments, especially four-wheel drive, and to pursue growth in markets where our brand has strong potential, particularly the ASEAN region,” Masuko says. “This growth program will also involve an efficient and disciplined operating structure as we continue to manage costs.”

More details are available at the press release section below.

++
Hide press releaseShow press release
Three-year plan targets more than 30% increase in unit sales and revenues
• Operating profit margin to reach 6% or more
• Capital expenditure and R&D investment to increase to more than 600 billion yen over the three-year period
• Product renewal to accelerate with launch of six new models including Eclipse Cross SUV
• Market expansion planned in ASEAN, US and China
Tokyo, Japan (October 18, 2017) – Mitsubishi Motors today launched "Drive for Growth," a three-year strategic plan to deliver sustained and profitable growth, targeting an increase of more than 30% in both annual unit sales to 1.3 million vehicles and in revenues to 2.5 trillion yen.
Under the plan, Mitsubishi Motors aims to achieve an operating profit margin of 6% or more by the end of fiscal 2019, up from 0.3% in fiscal 2016. The plan combines a product renewal program with targeted market expansion and operating efficiency improvements.
Osamu Masuko, Mitsubishi Motors chief executive, said: "Drive for Growth is a new roadmap for Mitsubishi Motors. We will rebuild trust in our company as our highest priority, successfully launch new vehicles, and achieve a V-shaped financial recovery. These will be the foundations for our future sustainable growth, which will involve increased capital expenditure and product development spending."
The Drive for Growth plan involves a 60% increase in annual capital expenditure to 137 billion yen in fiscal 2019 – lifting spending as a proportion of sales to 5.5% a year. R&D expenses will rise by 50% to 133 billion yen over the same period. In total, this will amount to more than 600 billion yen in investments. Even with these increases, Mitsubishi Motors will maintain financial discipline and generate positive free cash flow during the period. The company intends to establish a competitive dividend policy comparable to those of other Japanese automotive manufacturers.
As part of its investment drive, Mitsubishi Motors plans to strengthen its four-wheel drive SUVs and pick-ups, and to launch 11 models including the XPANDER and Eclipse Cross. The product renewal program will coincide with a market expansion drive in the ASEAN region, Oceania, United States, China and Japan.
Mr. Masuko said: "This is an ambitious program to maximize our strengths in growing product segments, especially four-wheel drive, and to pursue growth in markets where our brand has strong potential, particularly the ASEAN region. This growth program will also involve an efficient and disciplined operating structure as we continue to manage costs."
Under Drive for Growth, Mitsubishi Motors is targeting a market share of 10% in ASEAN. Sales activities will be reinforced in the US. The company's presence in China will be strengthened with the introduction of models such as the Outlander and Eclipse Cross. And the company will invest in its sales network and product portfolio to return to profitability in Japan by the end of the plan.
The strategic plan is based on three strategic initiatives:
1.    Product renewal: During the period of the plan, Mitsubishi Motors will launch 11 new models, of which six will be entirely new model changes – averaging two each year – while the remainder will be important updates of existing vehicles. By the end of the plan, the company expects its five best-selling global models consisting of SUV, 4WD, and plug-in hybrid electric vehicles (PHEV) to account for 70% of total sales volume. Reflecting the shift to lower emission models, the company also announced that it plans to provide electrified solutions across its core model range including an EV kei car from 2020.
2.    Focus on core markets to drive revenue growth: This year's opening of a new assembly plant in Indonesia, and the recent launch of the XPANDER multi-purpose vehicle, will drive the growth of the ASEAN business, the group's largest and most profitable operation. ASEAN volumes are expected to rise from 206,000 units a year to 310,000 units a year in 2019. Mitsubishi Motors will also launch new models to assist the turnaround of its important mini-car business in Japan. In the US, the company will improve its dealership networks, targeting a 30% increase in unit sales to 130,000 units in fiscal 2019. In China, Mitsubishi Motors will double the number of dealerships and more than double sales to 220,000 units in fiscal 2019.
3.    Cost Optimization: Mitsubishi Motors will tightly manage production costs, with a target to reduce monozukuri costs by 1.3% per year, in spite of large investments in R&D. Alongside cost management, the company will benefit from growing synergies from its membership of the Renault-Nissan-Mitsubishi alliance. Mitsubishi Motors is seeking synergies totalling more than 100 billion yen over the course of the plan, with the bulk of these to come from efficiencies in procurement and costs avoided in R&D.
Mitsubishi Motors will contribute its expertise in PHEV technology, its capabilities in SUVs and pick-ups, and market strengths in the ASEAN region to the wider synergy program of the Alliance, which aims to double annualized synergies to more than 10 billion euros by the end of 2022.
"We are refreshing our product line-up, investing in R&D and targeting core market growth," added Mr Masuko. "Drive for Growth will enable us to continue the transformation of the company over the next three years."