The pre-production model is menacing in matte black.

New models from Aston Martin are coming, and today we get a great look at the next Vanquish as it prowls the streets around the Nürburgring. There isn’t much to hide obviously, and though the matte black finish is supposed to throw us off a bit, we rather like the murdered-out look for this beast. And it should definitely be a beast – specific power figures aren’t yet known, but with the DB11’s V12 making 608 ponies, the Vanquish is expected to make somewhere between 650 and 700 horsepower.

These photos also help us see the changes on the Vanquish versus the DB11. The front bumper has a significantly more aggressive look, featuring larger air intakes with a bigger grille opening. The hood vents are also larger – all of which suggests the Vanquish will have a serious appetite for air and fuel, and a serious need to get rid of excess heat. 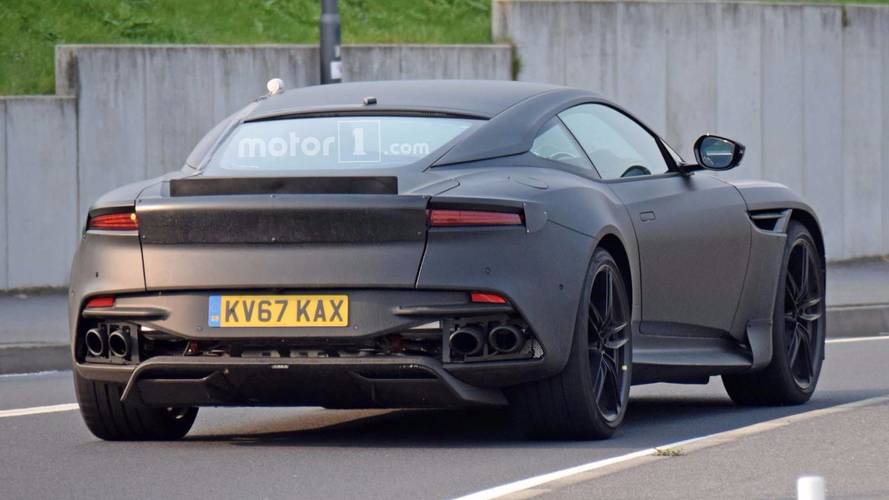 On the purely visual side, we see a different design for the headlights as well as the taillights, the latter of which will likely cover a larger section than what we see on this prototype. The rear also sports a fairly aggressive quad exhaust setup with a new diffusor and big side sills.

The current Vanquish has been on sale since 2012, and while the new model’s shape isn’t a huge departure for Aston Martin, more than a few people are lamenting the demise of the car’s naturally aspirated V12. While there’s certainly something to be said for an engine without power adders, we suspect there won’t be many complaints when this car hits dealerships. Expect a full reveal sometime next year, with sales beginning in 2019.