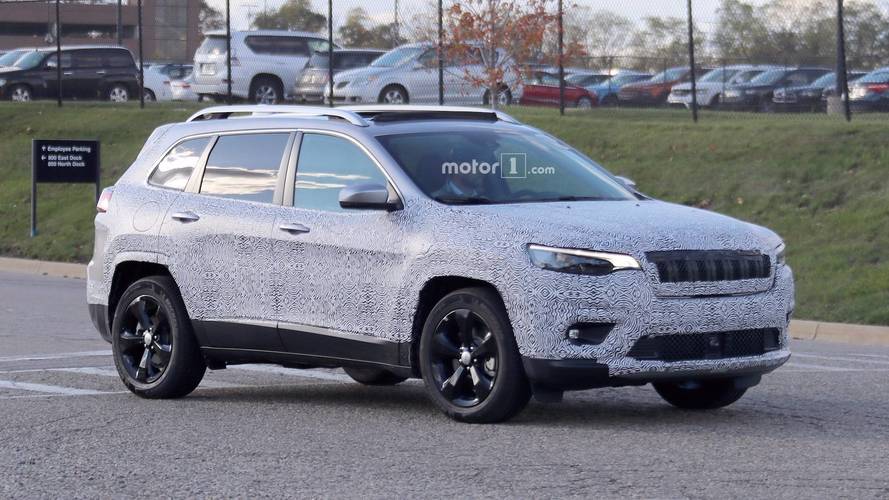 The Cherokee's polarizing design has been replaced with something more modern.

Jeep’s updated Cherokee will bring with it a number of new design cues, both inside and out, when it debuts this fall. Arguably the most significant of those changes will come in the fascia – the small SUV is expected to ditch its polarizing headlights for a more sedated set, as well as gain a new grille inspired by the current Compass.

Though camouflage has kept us in the dark as to its final design, previous spy photos have teased the proposed new look. These new images, though, show even more of the upcoming Cherokee, suggesting it will indeed do with a new set of headlights. The fitments draw a number of similarities to the rendering that was pieced together back in July, and give the Cherokee a cleaner look overall.

The rear also does with an entirely new design. The standard taillights are being replaced with larger, more modern units, and the license plate now sits in the middle of the tailgate as opposed to underneath it. A lightly revised diffuser finishes off the update..

Among the exterior updates, a range of new powertrain options will also be offered. The Cherokee is expected to gain the nine-speed automatic gearbox from the Renegade, as well as the 2.0-liter turbocharged four-cylinder from the new Wrangler. The performance-oriented Trackhawk version will expectedly to carry over, as will new safety and assistance systems from other models.

The new Cherokee will make its debut later in the year, likely at the Los Angeles Auto Show, before going on sale early in 2018. The CUV will join new offerings like the Compass and the upcoming Wrangler, and will give the Jeep lineup an overall refresh going into 2018. 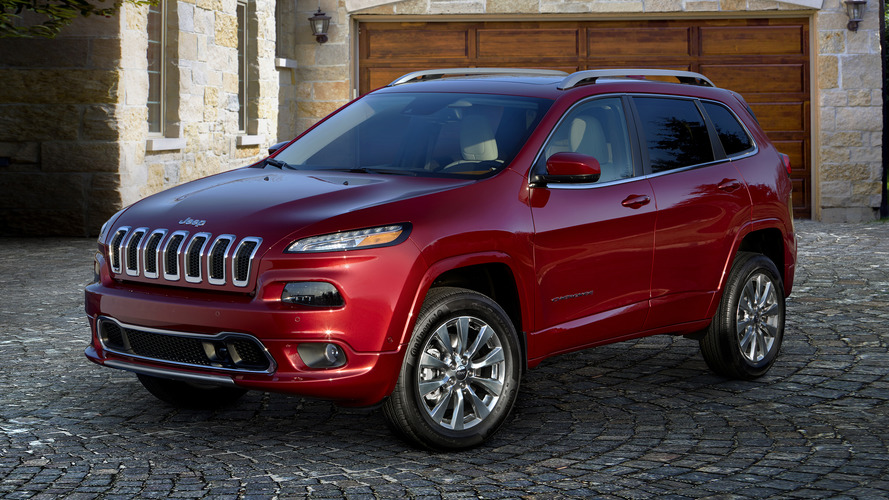