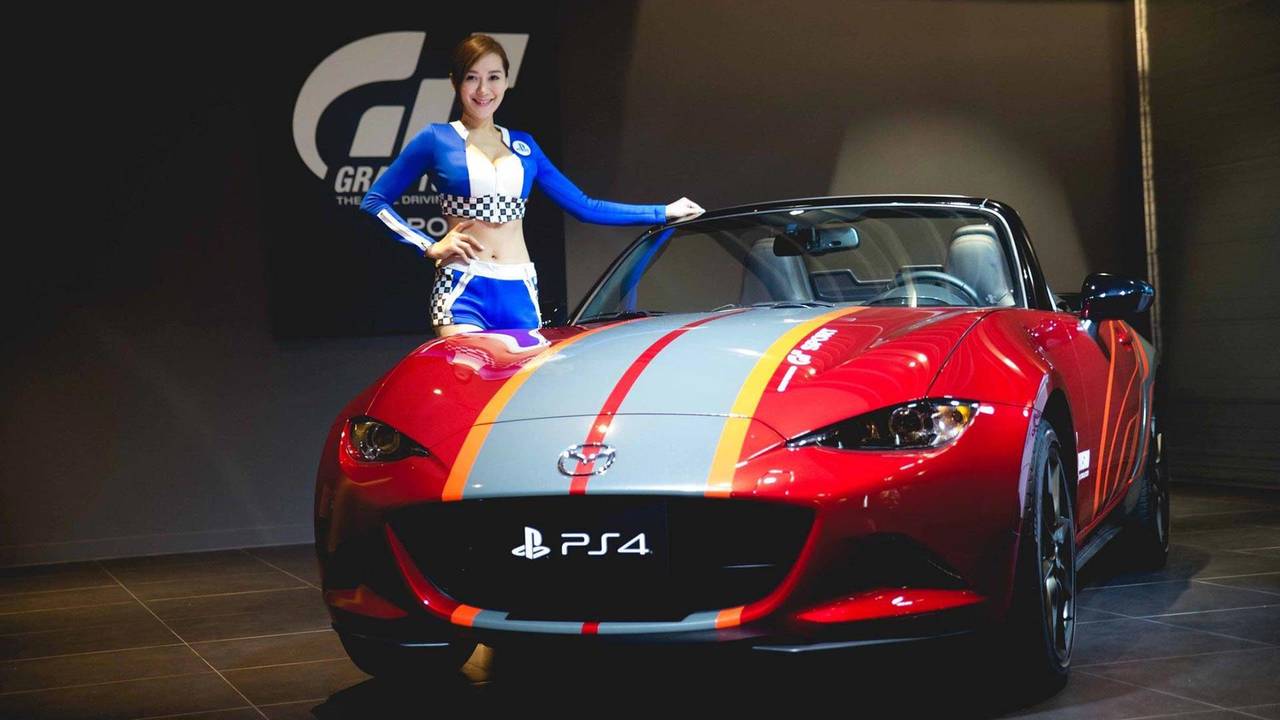 It also comes with a sim racing chair, steering wheel, and pedals.

A person in Taiwan now has the ultimate way to experience Gran Turismo Sport, and the privilege of having the exclusive special edition only cost the owner 1.398 million Taiwanese dollars ($46,300) at current exchange rates. Once the player hones his or her driving prowess in the game, the person can test the skill in the real world by getting behind the wheel of a customized 2018 Mazda MX-5 Miata that comes with the bundle.

The Gran Turismo Sport Super Bundle has everything you would need to play the game. It includes a PS4 Pro, Playstation VR Goggles, and a 12-month subscription to the PS Plus online service. Plus, the gamer gets to experience the racing action on a 65-inch Sony Bravia 4K OLED television. Don’t worry about being immersed when passing competitors because the edition also comes with a Thrustmaster T-GT steering wheel and pedals. They mount to an Apiga AP1 sim racing seat.

The custom 2018 Miata features a Soul Red body as its base. Orange and silver stripes run over the hood and lower portion of the trunk. A stylized GT logo decorates the side of the roadster, and there are smaller emblems for the game on the fenders, hood, and trunk lid.

According to Gamespot, a car collector already purchased the unique bundle. There’s no indication that the Sony Playstation division in Taiwan intends to offer more of them.

Assuming you want everything in the Super Bundle, a customer in the United States could assemble it for quite a bit cheaper than the version available in Taiwan. Starting from the gaming side, Gran Turismo Sport alone is $59.99, and a year of Playstation Plus is an additional $59.99. A Playstation 4 Pro costs $399 and the company’s VR rig goes for $349.99. The 65-inch TV carries a price of $4,998. For playing it, the Thrustmaster T-GT is $799.99, and the Apiga AP1 costs $389.

Playstation doesn’t offer details about the trim package on the Miata in the Super Bundle, and Mazda doesn’t yet have pricing for the 2018 model year version. Assuming this is a base Sport model, it would cost $25,790 after $875 for destination.

This puts the combined items at a pre-tax price of $32,845.96 in the United States. Careful shopping for deals could take the figure even lower.

Gran Turismo Sport is available now and launches with 162 cars to drive.