It’s D-day for Polestar’s official reveal of its first standalone model aptly called the Polestar 1. The company has found the time to release yet one more teaser image, which comes to confirm the car in question will take the shape of a sleek coupe. Likely to be based on the Volvo S90, the two-door sports car appears to have fullsize door mirrors to indicate we are dealing with a production model rather than a concept car.

Speaking of which, the complete puzzle showing the car’s rear end hints the design will have a few things in common with Volvo’s stunning Concept Coupe from more than four years ago.

Technical specifications are not available at the moment of writing, but a teaser video released a while ago did seem to indicate the coupe will have two fuel caps. It can only mean the car is going to feature a plug-in hybrid powertrain. Logic tells us it’s the T8 Twin Engine taken from the “90” series Volvos possibly dialed to produce well over the current output of 400 horsepower and 472 pound-feet (640 Newton-meters) of torque. 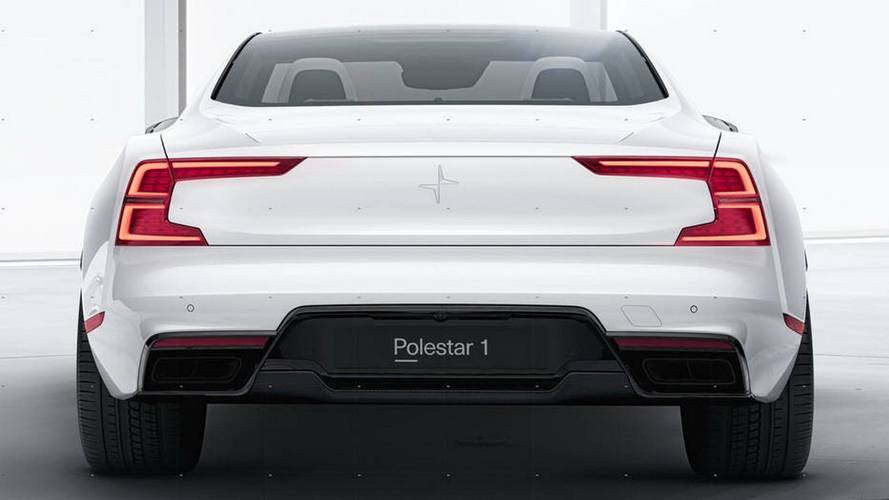 The very same full puzzle of the rear end revealed two tiny spoilers on the rear wheel arches to boost aero and consequently increase performance. Other features shown include a pair of AMG-like exhaust tips and quite possibly an automatically retractable spoiler. You won’t find Volvo’s badge anywhere on the car since the sporty coupe will only feature Polestar’s logo.

The mystery will be unraveled in just a few hours as Polestar will host the world premiere at 17:10 CET / 15:10 GMT / 11:10 EDT. Check back later today to learn all there is to know about the newest sports car.