It's fully autonomous and high-performance with a reconfigurable interior.

Here’s something a bit different from the world of automotive renders, courtesy of Glorin Tsiourea on Bēhance. Tsiourea is a transportation designer, and among the many curious creations on his page at Bēhance is this particular model of what he sees as a future BMW grand touring machine. He calls it the BMW Vision Grand Tourer, and it’s certainly interesting.

According to descriptions on the page, this car embraces the forthcoming autonomous world as a full-on driverless EV capable of long range, but it’s also a high-performance machine. Specifically, Tsiourea says the concept is “built to inspire and improve our lives on the road.” To make that happen, the Vision Grand Tourer has a reconfigurable interior that can adjust to the needs of the passengers. It can be a mobile work space for company travels, or convert to a “fun” mode for epic road trip adventures. When quiet time is necessary it can transition to a rest and relaxing mode, and it can also employ a traveling and sightseeing mode. 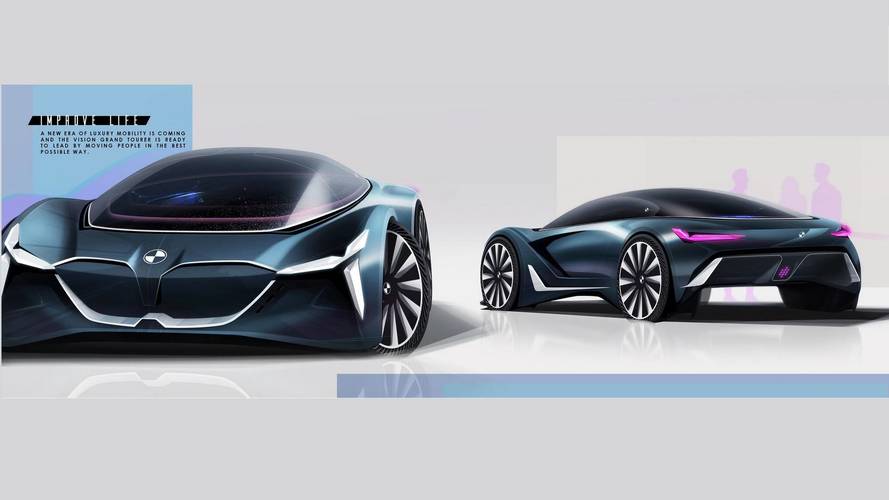 Of course, other details regarding power and performance are left to the imagination, since this is just an exterior design. It’s not unattractive by any means, and Tsiourea does a commendable job of actually creating something with believable BMW design cues, so much so that would could easily see this coming from the studios in Munich.

What’s difficult to grasp about this car – and indeed other completely driverless cars like it – is that it represents a completely different kind of motoring than what we’ve been used to since the invention of the automobile. It's not the first time such a car has been presented, but with the rapid advancement of driverless tech, such machines are quickly approaching the realm of reality.

We’re used to buying cars from a driver’s perspective, but cars like this will require us to rethink the basic criteria. We’ll instead look at features and functions as a passenger, but does that mean such cars can't be fun and exciting? After all, hitting 60 mph in three seconds is still all kinds of fun no matter where you’re sitting.

A new future for motoring is coming. And it doesn't have to be boring.