Okay Audi fans, here’s your chance to speak up in this old-versus-new long roof showdown. Sportback is a popular term at Audi these days, and though the body style isn’t exactly that of a traditional wagon with its ever-so-slightly drooping roof in the rear, it’s close enough on these models to make virtually no difference. Hence this very cool comparison from the folks at Auditography between a new 2018 RS3 Sportback, and a classic B5-Series 2001 RS4 Avant.

When you look at them side-by-side, the similarities in size and appearance are actually quite astonishing. The similarities are only skin deep however, at least when it comes to power. The RS3 packs a 400-horsepower turbocharged five-cylinder, whereas its grandfather uses the infamous 2.7-liter biturbo six to make 261 ponies. Furthermore, RS4 drivers get to row their own gears versus the RS3’s seven-speed dual clutch box. At least both cars still send their power to the pavement through all four wheels.

As you might expect, the power differential translates directly to the street. All things being equal, the RS3 will sprint to 60 miles per hour in 3.9 seconds, which is a full second ahead of the RS4. Considering we’re looking at 17 years of evolution, the old Avant still fares pretty darned well, and we love watching it bob up and down in the video as the driver grabs gears. On the other hand, the RS3’s five-cylinder scream is as delicious as Audi’s infamous Group B dominating machine from the 1980s, and it has similar thrust as well.

Which one would we choose? The practical side of our conscious has seen 17 years of nightmare reliability and expensive repairs for Audi’s B5-Series cars, but it we wanted to be practical we’d stick with 20-year old Toyota Camrys. The RS4’s timeless looks and proper manual certainly win our hearts, but the RS3’s power and spine-tingling soundtrack make good counterpoints.

Decisions, decisions. Which car would you choose? 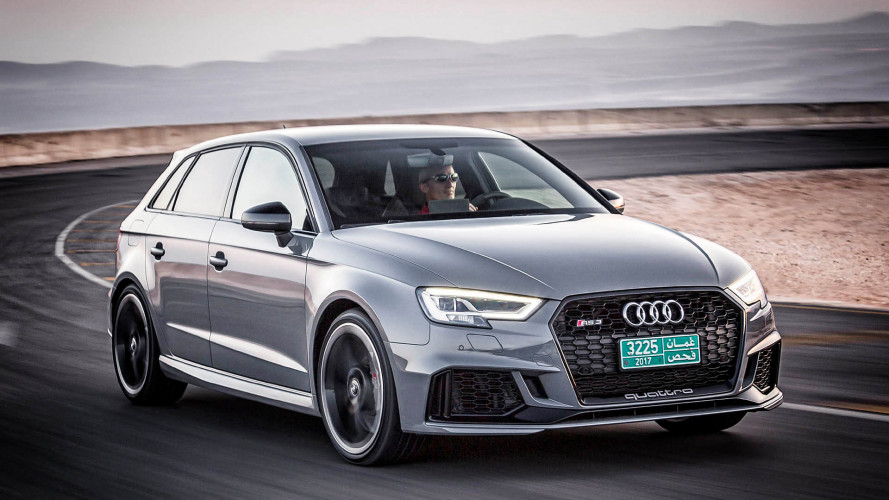