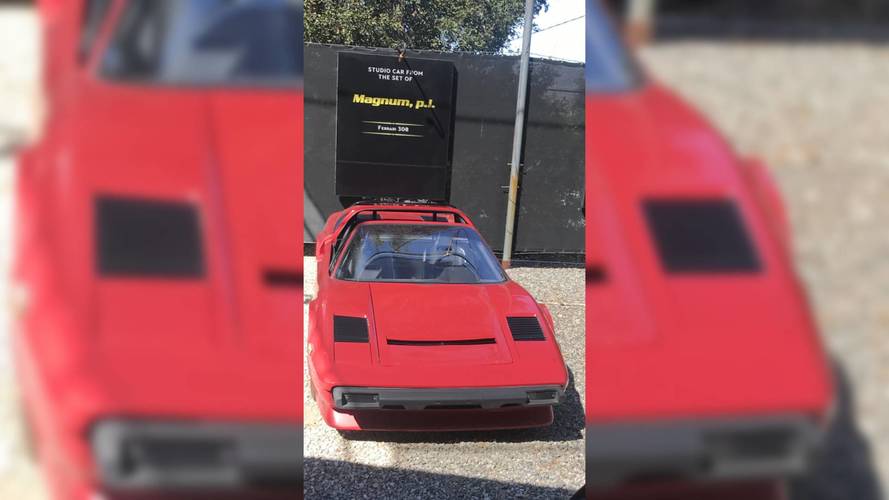 It was a replica used for action scenes, and it's wasting away at Universal Studios.

We love the Ferrari 308, and we know many of you out there do as well. Would we love it as much if it didn’t star for eight seasons alongside Tom Selleck on the 1980s classic drama Magnum, P.I.? That is a very good question, because Hollywood does tend to add a bit of allure to cars. That’s especially true in a show like Magnum, P.I., because let’s face it – when that show was on every guy from the age of 10 to 100 so wanted to be Thomas Magnum, living in Hawaii, hunting bad guys, driving around in a red Ferrari. Yeah, some of us still want that.

Magnum P.I. Is Coming Back:

We know what happened to Tom Selleck after the series ended in 1988, but what happened to the other star of the show, the 308 GTS? First of all, the correct question should be cars of the show, since more than one was used during the eight-season run. Our friends over at Ferrarichat have a bit of that story, which starts with the car pictured above on display at Universal Studios in Hollywood.

Keen eyes will note something amiss with this 308, which is actually a stunt replica. That explains the generic-looking black interior, as opposed to Magnum’s Ferrari which had a tan interior. This one hasn’t seen the best of days according to Ferrarichat members who’ve seen the car in person, which we can see as well with missing amber lenses up front and what appears to be some paint damage on the hood and driver side fender. Its final resting place doesn’t look to be that glamorous, either.

It’s believed that, at the conclusion of the series, all the glamorous Ferraris were sold. This replica was shuffled out back, presumably because it had lived a hard life and may not have been a good candidate for resale. Despite that unflattering status, it’s unfortunate that Universal doesn’t seem interested in taking care of some minor appearance issues to make this machine at least look like a proper movie star once again.

It may be a replica, but the 308 styling is as timeless as Magnum's Hawaiian shirts. So come on Universal, give it a coat of paint and a some tan seats so folks visiting the studio can remember the show and the car in all their glory.