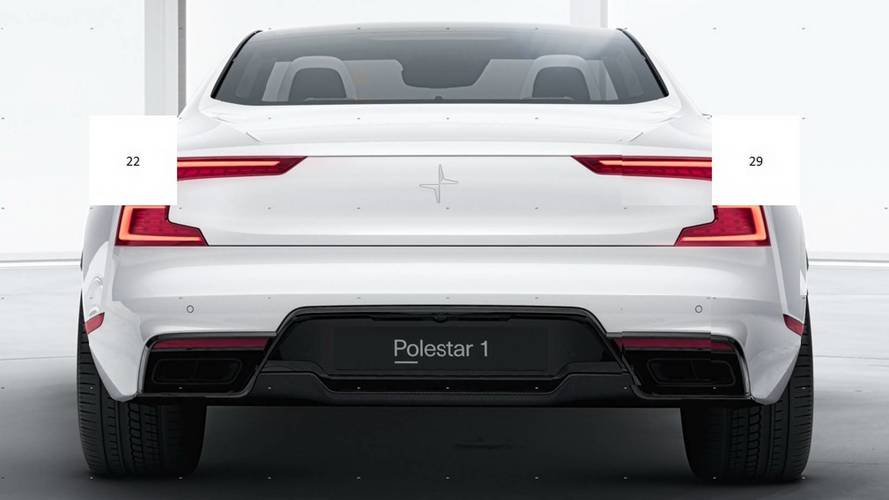 The design has a striking resemblance to the Volvo Concept Coupe.

With an imminent debut on October 17, Polestar’s teaser images now reveal all but the tiniest sections of the upcoming vehicle’s rear end. It’s quite a stylish tail.

The license plate on this model and an earlier teaser video suggest that the vehicle carries the rather uninspiring moniker Polestar 1. The exterior design is much better than the name, though. A flowing roof with lots of glass leads to a rear with broad fenders. The seams on the trunk indicate there’s a deployable spoiler in it that can hide away when not in use. Bracket-shaped taillights accentuate the model’s width.

While not apparent here, Polestar’s vehicle is reportedly a coupe. Judging by this photo there might only be two seats, or there could be a tiny bench in the back.

The design has a striking similarity to the Volvo Concept Coupe from 2013. This could signal that the rest of the styling is comparable, too. The Concept Coupe featured updated cues from the classic Volvo P1800, but combined them with more modern, chiseled elements to create a very stylish two-door model.

One reason that Polestar is holding off showing the corners of the fenders might be that the images would reveal too much about the model’s powertrain, specifically the flaps for fueling the combustion engine and recharging the plug-in hybrid. This setup would allegedly combine a turbocharged four-cylinder and electric motors for a total of as much as 600 horsepower (447 kilowatts). It would be enough to get the coupe to 62 miles per hour (100 kilometers per hour) in less than 4 seconds.

The potential combination of a stylish design and powerful PHEV drivetrain could make Polestar’s vehicle quite a premiere for the brand. The first deliveries of them should begin in 2019.