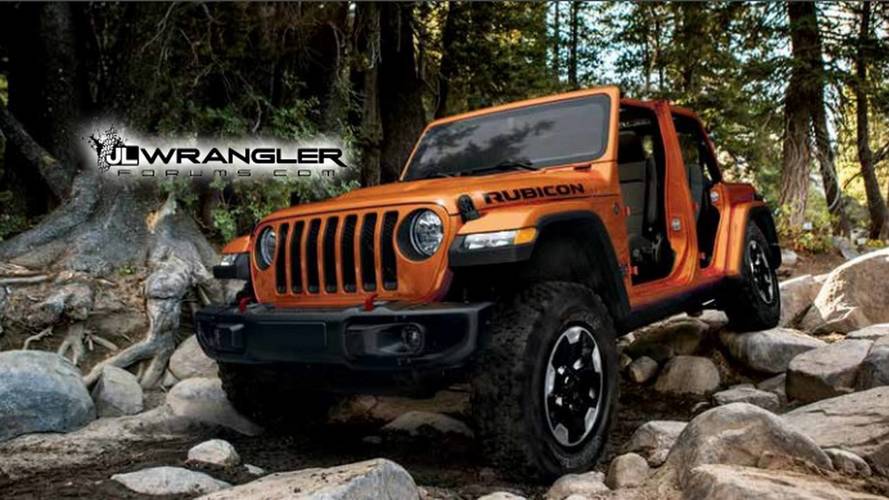 Nearly everything you want to know is in those two documents.

The new 2018 Jeep Wrangler isn’t out just yet, but having access to the official owner’s manual and the user guide should be more than enough to ease the wait until the premiere of the highly anticipated JL. Hundreds of pages reveal nearly all the juicy tidbits, including confirmation of the turbocharged 2.0-liter and the naturally aspirated 3.6-liter Pentastar engines.

While the output numbers are not listed, we do know the towing capacity of the two-door Wrangler JL with the turbocharged engine is 2,000 pounds (907 kilograms) while the four-door Wrangler JLU is rated at 3,500 lbs (1,587 kg). As for the V6, it has the exact same towing capacities as the smaller turbo engine. The diesel is missing, but that's not a big surprise considering it will not be available right away.

Also revealed is the fact that the Power Top is not removable, but at least you will be able to take out the rear quarter windows and put them in storage bags that will come bundled with the vehicle. This Power Top won’t work at speeds of more than 60 mph (96 kph) and it won’t open at temperatures below –4°F (-20°C), though you will be able to close it at above –40°F (-40°C).

The ability to fold down the windshield is detailed, and so is the procedure to remove the front doors as well as the rear ones in the case of the Unlimited version. Other goodies Jeep will offer and are worth mentioning include ventilated seats, several Uconnect infotainment systems (up to 8.4-inch size), four programmable AUX switches, and numerous Mopar accessories.

As a final note, we would like to mention the main image showing the orange vehicle might not be entirely legit. As a member of the JL Wrangler Forums has pointed out, it appears to be a photoshop of the 2017 Jeep Wrangler Quick Reference Guide with the new-gen model in the exact same background. It’s not known at this point whether the vehicle itself is the real deal, but we do know for sure that everything around it is taken from a previous brochure, as illustrated above.

You can access both the owner’s manual and the user guide at the source link below.