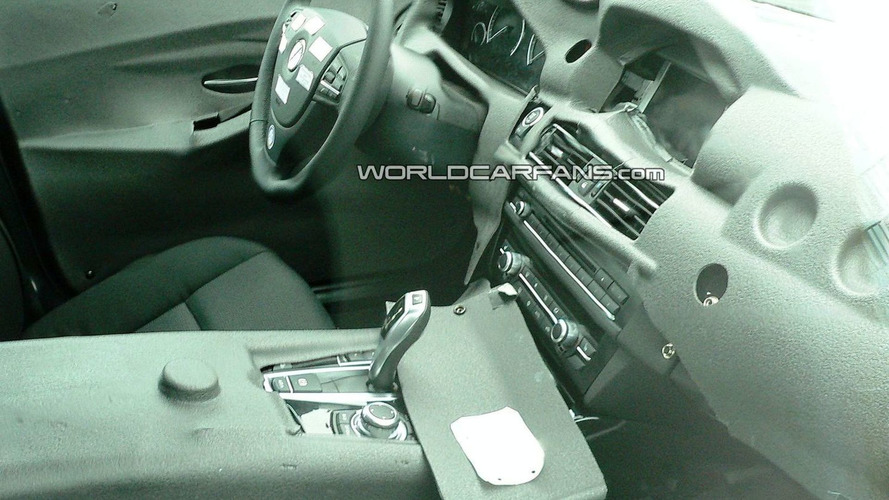 New spy shots reveal more of the interior of upcoming next-generation BMW 5-series. The model is expected to share technology and styling cues with the 5-series GT and 7-series models. The next-generation 5-series is set to debut next year (2010).

The next-generation BMW 5-series F10 is a much anticipated release for the Bavarian automaker, with the model being one of those mid-level products that can come to define a brand as much as any other.

In this most recent set of spy shots we get a peek inside new 5-series too. A certain amount of camouflaging is being done here (just like the exterior) so that not much is given away until BMW decides it is time to debut the car. But it's natural to assume there will be lots of cues borrowed from the current 7-series as well as the 5-series GT.

BMW executives have stated the 5-series will be a great looking car - or at least, that is one of their primary goals with the new model. And the next-generation will definitely have to strike the proper notes of elegance and sportiness in order to make an impact in the marketplace.

Drivetrains expected are the usual 6-cylinder diesels and petrol/gasoline engines. Interesting to note is the rumored possibility of a direct-injection, turbocharged 4-cylinder gasoline/petrol engine making its way to the entry-level motorization for the 5-series. Leading the 5-series range, besides the M5, will be the 550i with the 4.4 liter twin-turbo V8.

The 5-series may also come fitted with the ActiveHybrid system seen in the X6 and 7-series.

The next-generation 5-series is expected to debut in 2010.